Building a flamethrowing guitar with Genuino 101 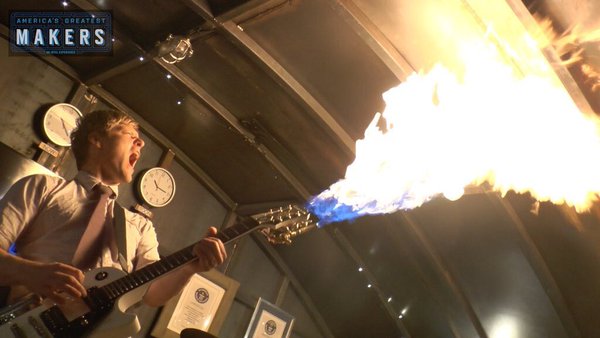 To help promote the TBS show America’s Greatest Makers, YouTuber/plumber/stuntman/inventor Colin Furze recently took on the challenge of building a Mad Max-like flamethrowing electric guitar with a Genuino 101. Because after all, there’s nothing more metal than fire bursting as a rockstar shreds on-stage.

To bring this project life, Fruze added a pair of modified blowtorches to the neck of the guitar and sawed off part of the instrument’s base to fit in the firing mechanisms. As you can see in his tutorial video below, the body is equipped with a gas reservoir on top, a solenoid valve, a few pipes, and an igniter, among some other components. 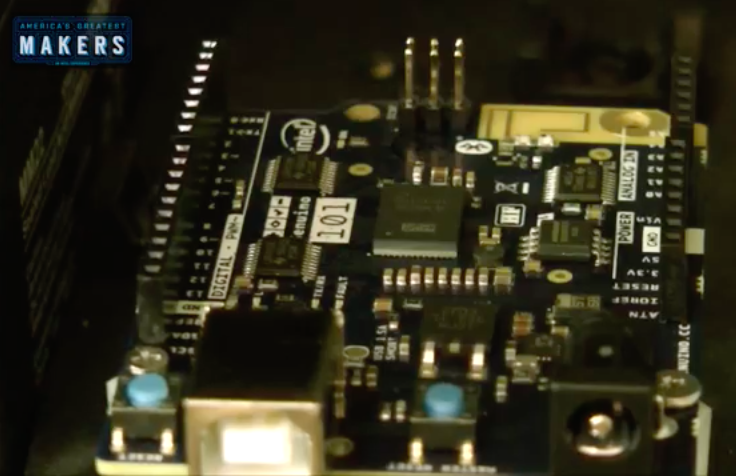 The Maker even converted his amp to house a gas tank, along with a speaker, a relay shield and the Genuino board that enables him to automate flames to certain musical patterns and sequences.

If fire’s not your thing, Furze also created a companion bass guitar that emits smoke and strobe light effects for the ultimate rock ’n roll experience.