Building a flamethrowing guitar with Genuino 101

Massimo and Dale at the opening of European Maker Week 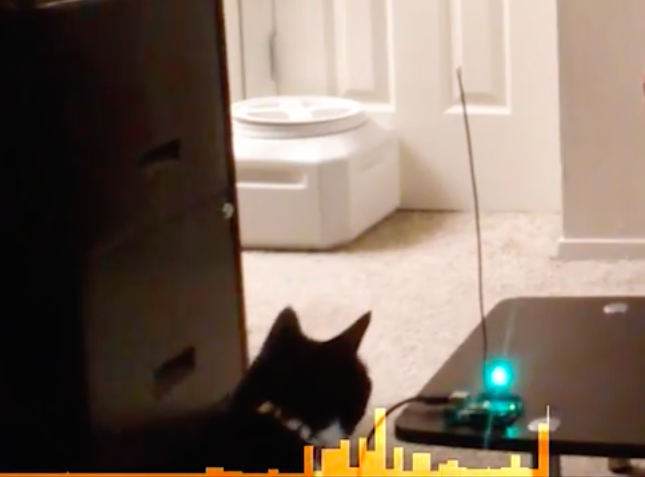 Connor Nishijima has come with a unique way to detect motion using an Arduino Uno. The active media developer is polling an ADC pin with a pair of wires twisted tightly together — one plugged into A3, another plugged into ground — and generating readings whenever a large living object (like his two cats) is nearby.

He’s calling this effect “Capacitive Turbulence,” and so far he’s only got it work on the Arduino, no luck using other boards with ADCs. You can watch him explain this magical phenomenon in more detail below!

2 Responses to “Detecting motion with an Arduino and two wires”