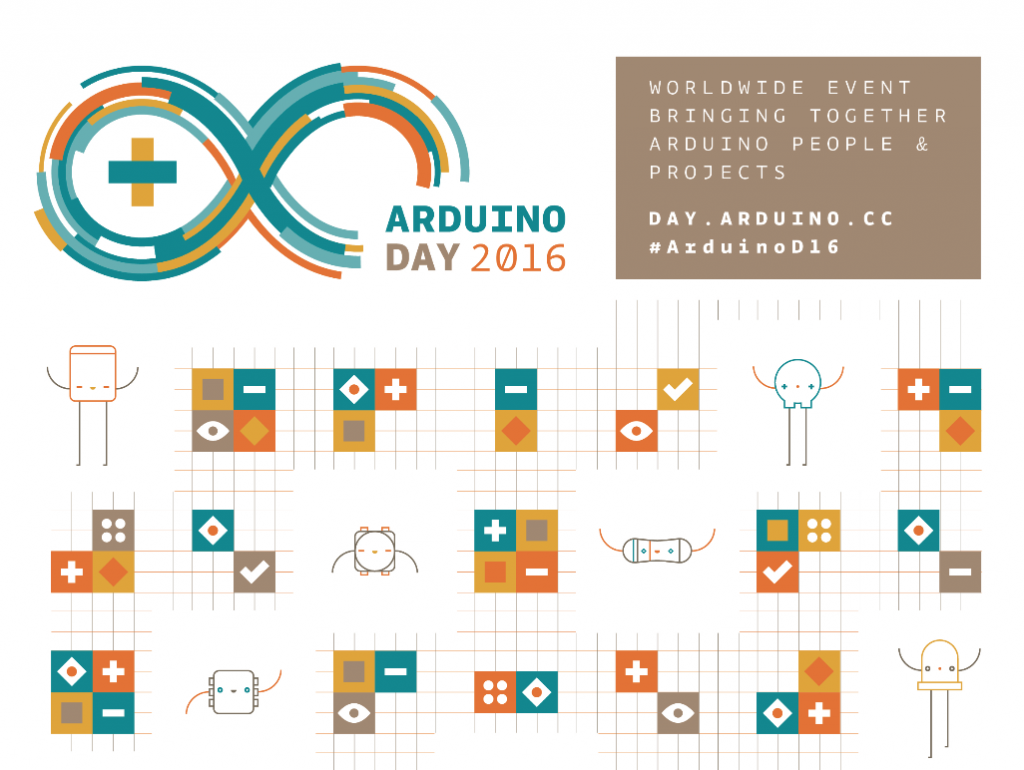 Arduino Day’s events’ map is updating constantly with new events created by local communities worldwide. The participation is open to anyone who wants to celebrate Arduino, Genuino and all the amazing things that have been done (or can be done!) with them and the community of open source enthusiasts. The call for submission is now extended and open until March 15th! We’ve already received 280 submissions from more than 55 countries! Celebrate with us and add your local event  now on day.arduino.cc.

If you want to attend one of the events near your town, check the map on the Arduino Day website and remember that this year we are also celebrating Genuino, Arduino’s sister brand for products sold outside of USA. US-based events will be called ’Arduino Day’, while events based outside the US will be called ’Genuino Day’.

Some days ago Massimo Banzi announced that the third edition of the Arduino Day organized directly by the Arduino team will take place on Saturday April 2nd 2016 in Berkeley (CA) at Jacobs Institute for Design Innovation, University of California. Massimo Banzi, Tom Igoe and David Mellis will be present at this event!

“We’re really excited to express our love for open source – said Massimo Banzi, CEO at Arduino – in a day of celebration of our amazing community of makers, developers and partners. 6 million downloads of the Arduino Development Environment in the last year alone show the sheer size of our community.”

This is the draft agenda of the event (registration form coming soon):

“I’m also excited” – said David Mellis, Arduino co-founder – “to hold an Arduino Day at UC Berkeley’s Jacobs Institute because they both represent a playful and innovative approach to design and engineering. I’m looking forward to seeing all the amazing things that people here at Berkeley have been building with Arduino. I’m also hoping that Arduino Day will be a chance to connect makers on campus with those in the broader community.”

David Cuartielles will be in Mexico City to take part to Genuino Day organized by Hacedores at Centro de Cultura Digital in Mexico City.

Share your pictures, comments and news on your social channels using Hashtag: #ArduinoD16

One Response to “Arduino and Genuino Day: deadline extended for organizers!”