Making music with your muscles! 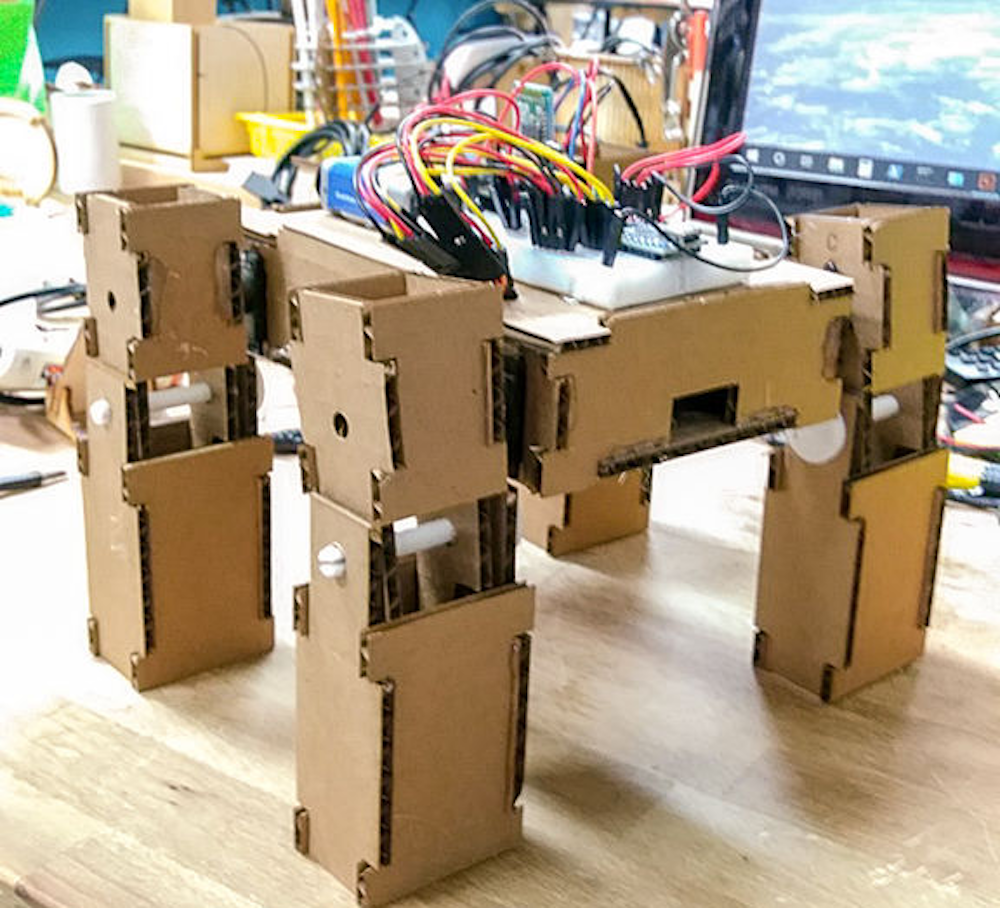 While building a walking robot especially with less than six legs can be quite a challenge, maker “Skill Mill NYC” decided to construct a quadruped robot named DoggoBot using cardboard for its body.

Four micro high torque servos power the legs, which are able to move the robot around with the help of unpowered knee joints. 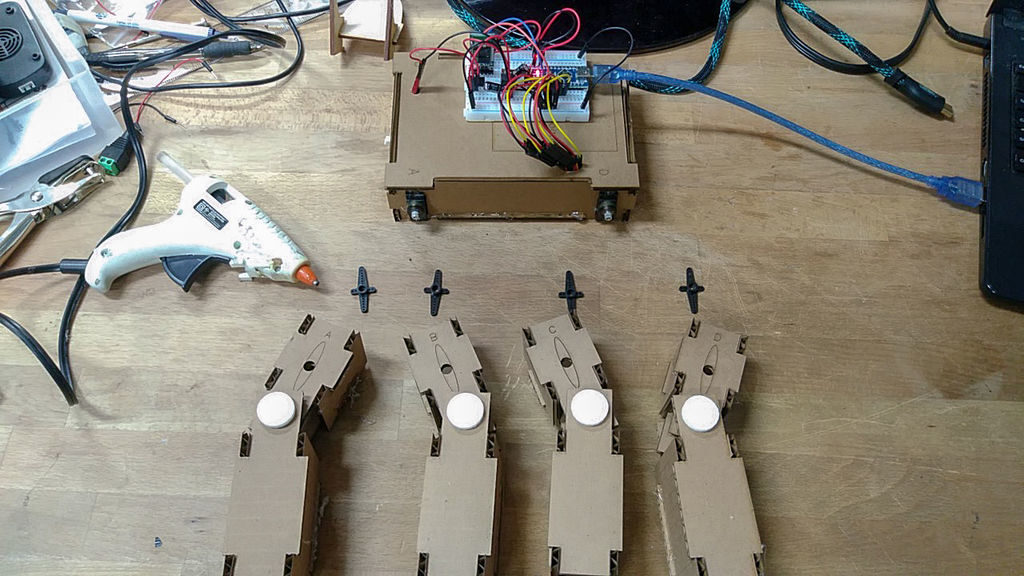 DoggoBot is controlled by an Arduino, and it takes movement commands via a computer USB-serial connection or from a Bluetooth module.

Ever since I started programming Arduinos, I wanted to build a robot using one. I also want a dog. However, living in NYC makes it tough to take care of a dog. So after hours of watching videos of robots and dogs, I decided to put my phone down and build myself a pet!

Although what’s seen in the demonstration below is an impressive feat of “cardboard engineering,” its creator has a few more ideas for it, such as adding sensors and getting Doggo’ to turn.

4 Responses to “DoggoBot is an Arduino-controlled cardboard robotic pet”