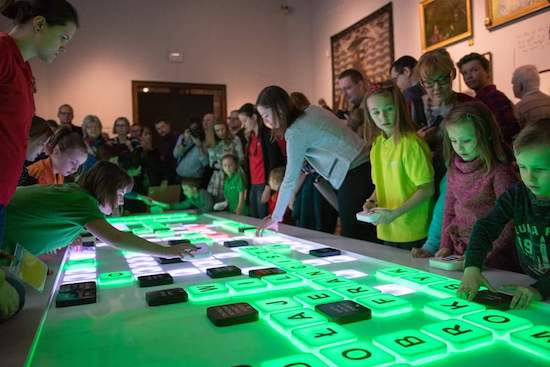 In what is perhaps the most Arduino boards used together, 130 Arduino Nanos, (plus an Arduino Mega), 130 RFID readers, and 750 RGB LEDs power this interactive crossword puzzle.

As you might suspect, bringing a giant crossword puzzle to life was lot of work. If you’d like to know how much, you can see the process laid out in the video below. Like many great hacks, this project starts out with a lot of prep, making sure the mechanical pieces go together as they should. Everything is then wired and programmed, and on day six, it finally goes out the door, destined for the National Museum in Warsaw, Poland. 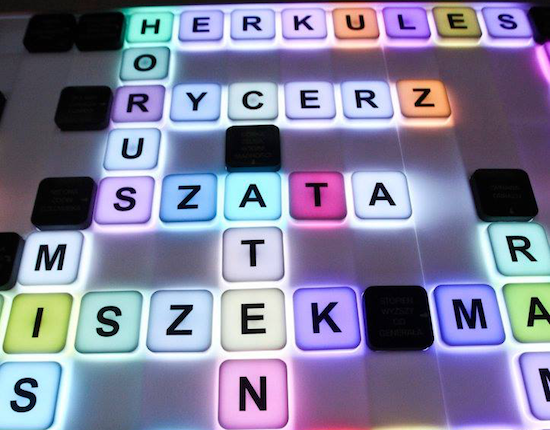 Each letter is equipped with an RFID tag. Under the table lies custom circuits consisting of a Nano, an RFID reader, and some WS2812B LEDs, which are connected to the Mega via an I2C interface. The Mega communicates with a PC, which reveals a visualization on the nearby wall.

Blank squares are dimmed. However, as a letter is placed down, the LEDs will light up in either green or red depending on whether it is correct. Once a word is completed, the entire table produces a disco-like animation with sound effects.

It’s quite a colorful display, and it looks like the kids playing with it in the “Anything Goes” exhibition love it! You can see more about this project in Robert Mordzon’s write-up.