Improve your programming skills with an oscilloscope

Wear the Stranger Things wall on your shirt 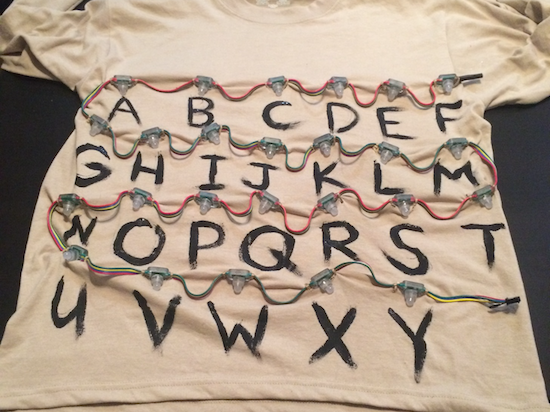 The Netflix series Stranger Things has become a fan-favorite for Makers, especially for those looking to recreate a light-up alphabet wall of their own. While we’ve seen some awesome attempts over the last couple of weeks, Imgur user “MrWalkway” has decided to create a more portable version in the form of his Halloween costume.

The show-inspired costume uses an Adafruit LED strand, an Arduino Nano, a Bluetooth receiver, a battery, and some other components to allow his shirt to accept different messages and light patterns. The instructions are sent from a Bluetooth terminal on his phone over a serial connection to the Arduino. 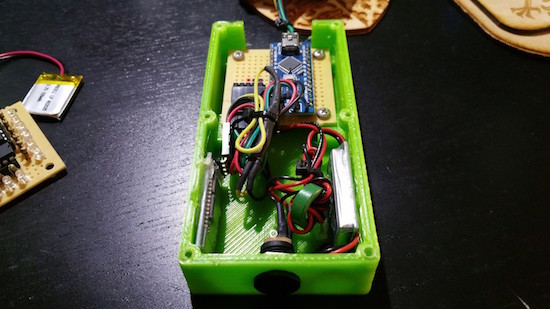 As you can see on the project’s Imgur page, the electronics are all housed within a 3D-printed control box that gets tucked away in his pocket while the 25 LEDs are stitched to the inside of the shirt.