PIXIE is an Arduino-based NeoPixel watch 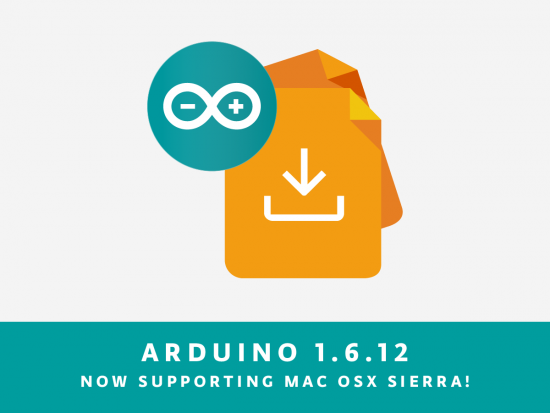 A new version of the Arduino IDE (1.6.12) supporting OSX Sierra is available for download! All OSX users updating to Sierra are invited to also update the IDE to avoid crashes when uploading sketches.

This update includes an experimental integration with Arduino Cloud API already used by Arduino Create. The Arduino Cloud is simple tool to connect your Arduinos to the Internet and to each other. From now on, when you insert for the first time an Arduino/Genuino or AtHeart board which needs an additional core, you will be prompted to automagically install its bundled software.

You’ll notice that the example menu has been reorganized, making it much more consistent and easier to navigate.

We’ve released version 1.0.7 of Curie core as well, which is a transitional release guiding us towards 2.0.0 with BLE central role and a lot of other goodies. You can read all the details on the forum.

3 Responses to “IDE 1.6.12 released with Sierra support and more”