Scubo is an omnidirectional robot for underwater exploration 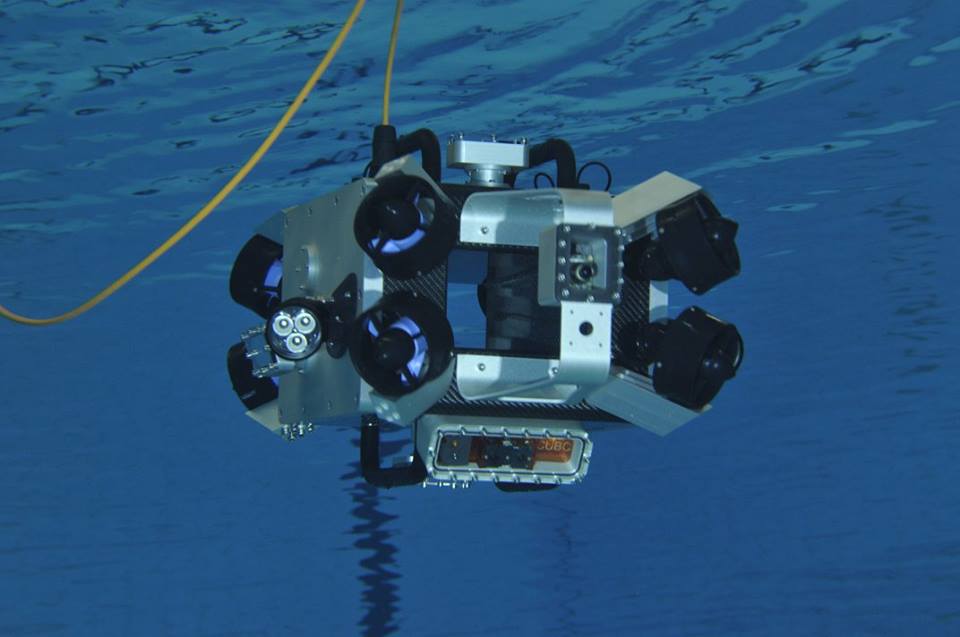 A team from ETH Zurich has created an incredible submersible robot called Scubo as a way to scan entire coral reefs. Equipped with six onboard webcams, the omnidirectional device is capable of exploring the deep sea from every angle. What’s more, users can take a virtual dive by throwing on a pair of VR glasses to make it feel as if they’re swimming with marine life.

Scubo consists of an Arduino Due for hard real-time tasks, an Intel NUC for high-performance calculation, an IMU, and a pressure sensor — all housed inside a carbon cuboid. Eight thrusters are symmetrically mounted to the outside, one at each corner, while a tube goes through the box to ensure proper water flow and to keep the electronics cool. The system is neutrally buoyed and weight in the form of screws can be added to the thruster arms to adjust buoyancy and the center of gravity.

One of its creators Johann Diep tell us, “We chose to work with Arduino because it offers the required interface (I2C, SPI, etc.), it is easy to program (none of us ever worked with Arduino at the beginning), and there is a large community on the web that is very supportive with our questions.” 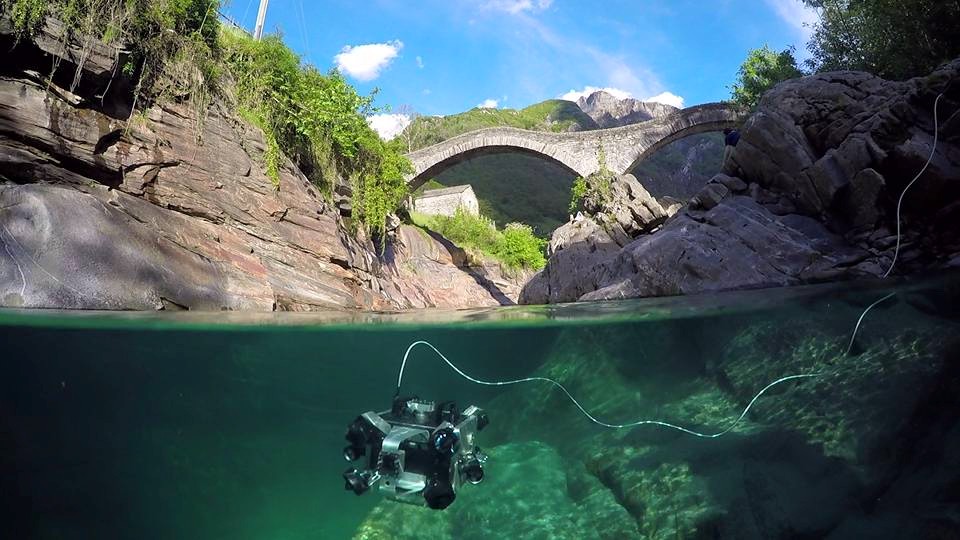 A tether connects Scubo to a computer outside the water and the power source, which allows the camera pictures to be viewed live and the batteries to be recharged with a steady current. According to the team, this highly extends the operation time, though the batteries would last approximately 120 minutes under standard conditions without recharging.

Scubo is based on ROS, and with the rosserial_arduino package, they are able to send or receive commands on a laptop from the Arduino. This enables them to steer the bot with a SpaceMouse joystick while monitoring all the sensor messages (pressure, leakage, temperature, voltage, etc.) at the same time.

It should be noted that Scubo isn’t only restricted to coral research either. In fact, the underwater machine was built with modularity and entertainment in mind as well. Users can easily attach their own sensors, lights and HD cameras via one of five universal ports.

We are confident that Scubo has great potential for the future. Since every necessary sensor is already implemented, Scubo can be programmed to scan a coral reef or any other place fully autonomous. Telepresence could be used in many aquariums or in the sea for entertainment. Because of the module ports different kinds of sensors and devices can be connected and used, for example to generate a geographical map of the sea floor or to inspect boats.

Whether corals in the Caribbean, the shore of Lake Zurich or even a virtual dive in an aquarium — Scubo not only convinces with its captivating technology but also with its modern design. Innovation starts when science meets entertainment.

Intrigued? You can read more about the project on its website, and check out its trailer video below.

One Response to “Scubo is an omnidirectional robot for underwater exploration”