Make Batman dance at the rythm of a gas sensor

Autodesk teams up with Arduino to electrify creativity and coding

Measure time like an egyptian with an Arduino hourglass 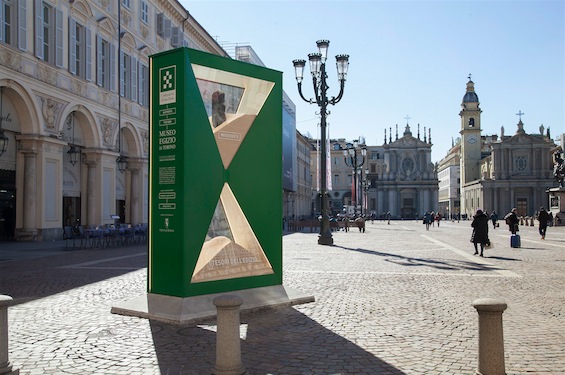 Todo is the italian design consultancy and creative agency taking care of Arduino and Genuino brand identity and interviewed in this previous blogpost.

Last year, among other projects, they worked on an unconventional communication campaign to narrate the re-opening of the well-known Turin’s Egyptian Museum, displaying a collection of over 30,000 ancient pieces.

The campaign’s goal was to hold people’s attention over six months before the official opening of the Museum and be able to speak to a broad national and international audience.

TODO created an open air installation composed by an almost-4-meter-tall hourglass (with a hidden mechanism running on Arduino) that had to work day and night, for six months and over the winter. According to Wikipedia, this hourglass could be the 4th biggest of its kind in the world!

The main challenge was that they had to make sure that the very last grain inside the hourglass would fall on the day of the Museum’s inauguration.

The installation was created thanks to many collaborators among which Gabriele Gambotto who developed the electronic part based on the Arduino Yún on which they added a custom shield ( See pic below), connected to various sensors and a precision scale. The sand-like material passed through a valve and a long screw conveyor controlled by a mot 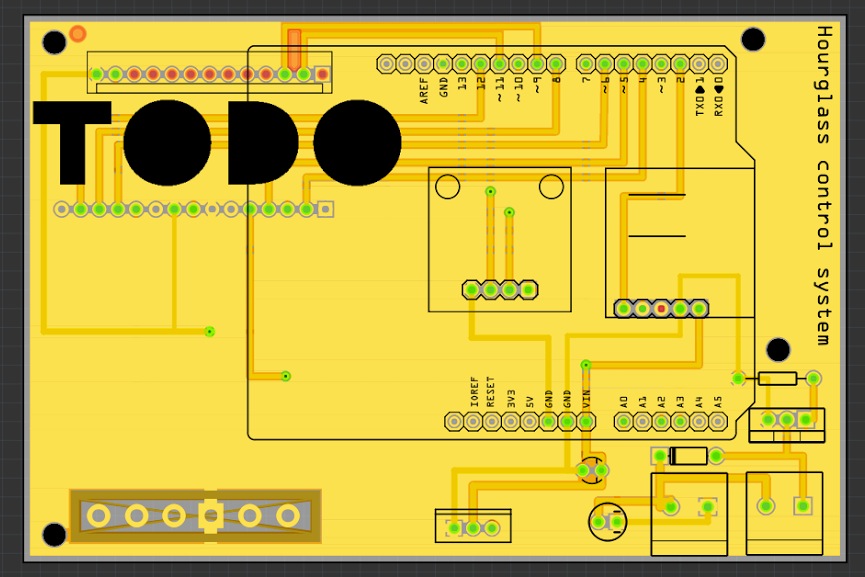 Take a look at the video of the ‘Hourglass Countdown’ and to see it in action:

In an indoor area of the museum an interactive display case was the other face of the campaign revealed to the audience:

A series of replicas of ancient Egyptian finds were covered in sand, and users could interact with the system by choosing the spot they wished to unveil, blowing into a microphone, and having their breath converted by a small robot arm, which placed itself in the exact spot, blew away the sand and revealed part of the find.

The experience came to life in two different contexts. Locally, a roadshow with several stops made the display case accessible all around the city. Online, through the campaign’s website, you could blow away the sand from anywhere in the world, seeing the live streaming video of the robot moving and unveiling the find. 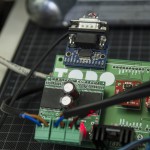 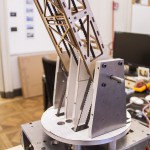 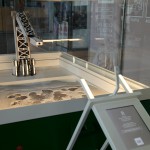 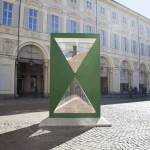 The installation was running on a ROS system, Arduino Mega, using blow sensors and controller, and an iPad to allow interaction with the visitors of the museum.

Check the video to see the amazing expression of people discovering ancient objects below the sand: