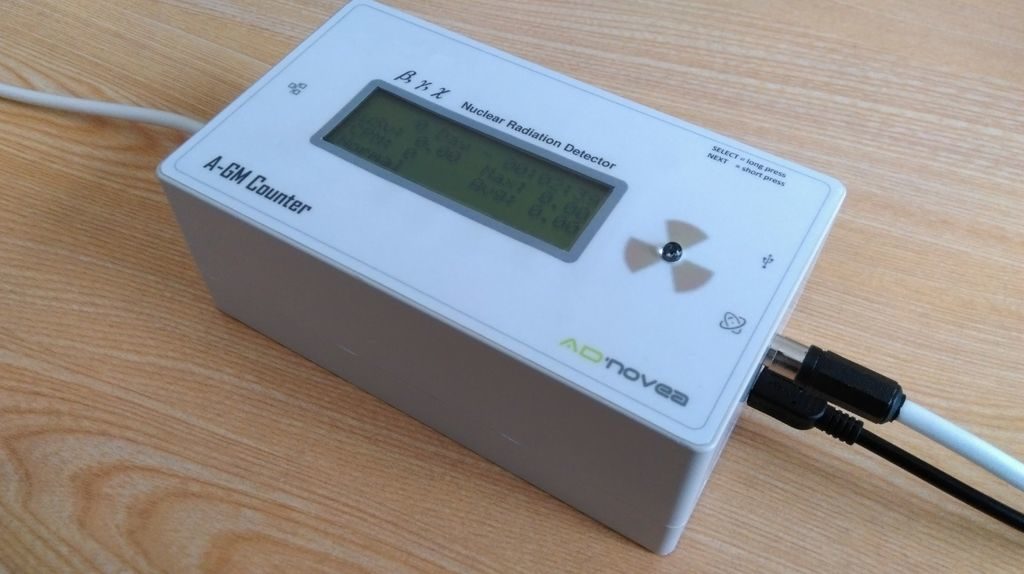 While you may not have a graduate degree in nuclear physics, you likely have some inkling that large amounts of radiation should be avoided. In order to monitor local levels, AdNovea has come up with a DIY Geiger-Müller counter, which displays values on a 20×4 LCD screen. 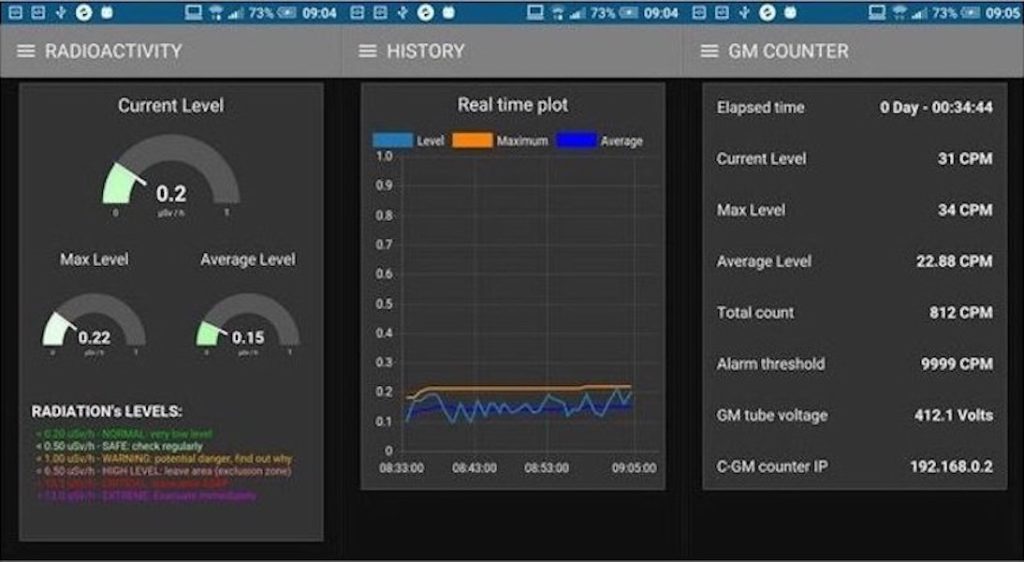 The device uses an SBM-20 or STS-5 tube to measure radioactivity, with an Arduino Nano to process this input. It can be employed as a standalone unit, or transmit readings wirelessly via an Ethernet interface. Data can then be tracked over time with a web app, or even shared with the wider world over the Internet.

This DIY low-cost ($50$/€43) C-GM Counter project provides hardware and firmware for building a Geiger-Müller counter device aka G.M. Counter for continuous measurement of the radioactivity level. It is based on an Arduino Nano, a 20 chars x 4 lines LCD display, a W5100 Ethernet card, a 400V power supply and very few components around. The number of components has been kept to minimum for easy assembling and reducing the cost.

The C-GM Counter is able to run as a standalone radioactivity counter or for ensuring long term radioactivity monitoring, the C-GM counter can be used in association with A-GM Manager (in the sequel) that is an open-source web application running on a SOHO server (e.g. QNAP sells Small Office Home Office servers). A-GM Manager is also able to publish the C-GM Counter measures on the worldwide shared map managed by GMC MAP. Finally, there is also a Node-RED version for integration of the C-GM Counter with Node-RED such as the QNAP IoT framework.