Creep out guests with an Arduino-controlled teddy bear

Customize your coffee cups with the Mug-O-Matic! 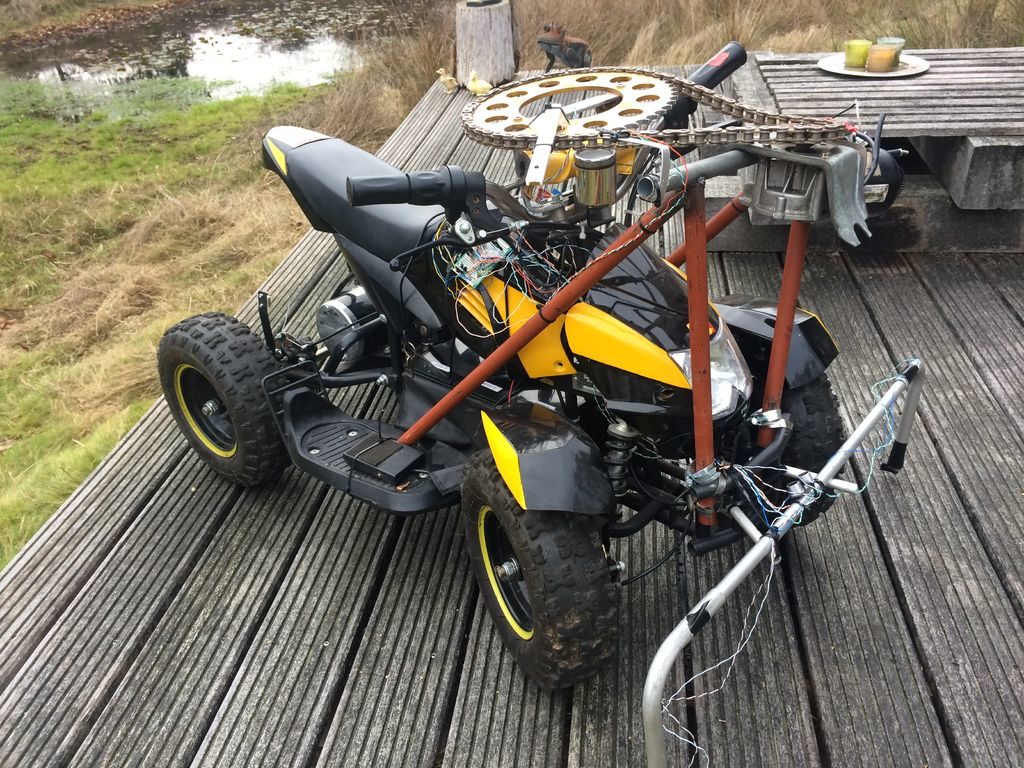 While the world seems to be focusing on self-driving cars, maker Sieuwe Elferink has instead turned his attention to creating a semi-autonomous kids’ four-wheeler. As of now, the modified device can steer itself within a set of lines, and stop for pedestrians and inanimate objects.

The augmented vehicle uses an Arduino Nano for control, plus a pair of TCRT5000 sensors attached to tubing on the sides to pick up boundary lines. Obstacle avoidance is via an ultrasonic sensor on the front. Four relays are used to activate a former windshield wiper motor for steering through a chain and sprocket system, along with the vehicle’s original motor for propulsion. 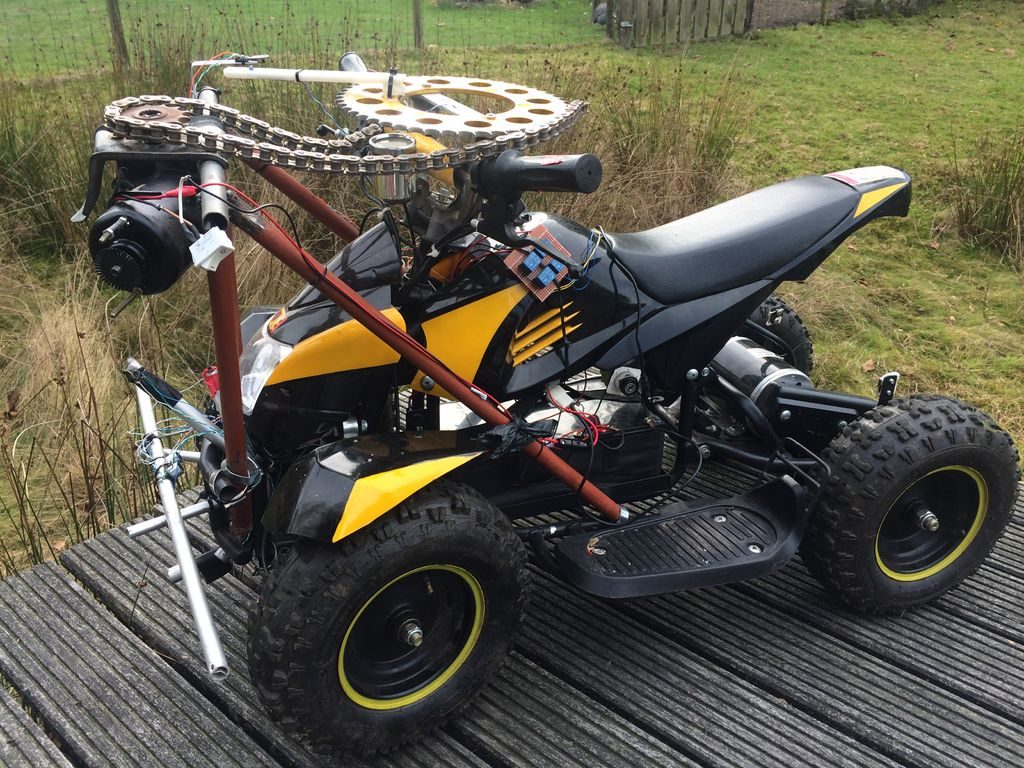 The build process is documented here, while code and an electrical schematic is available on GitHub.