Robot transforms to slide under doors and more 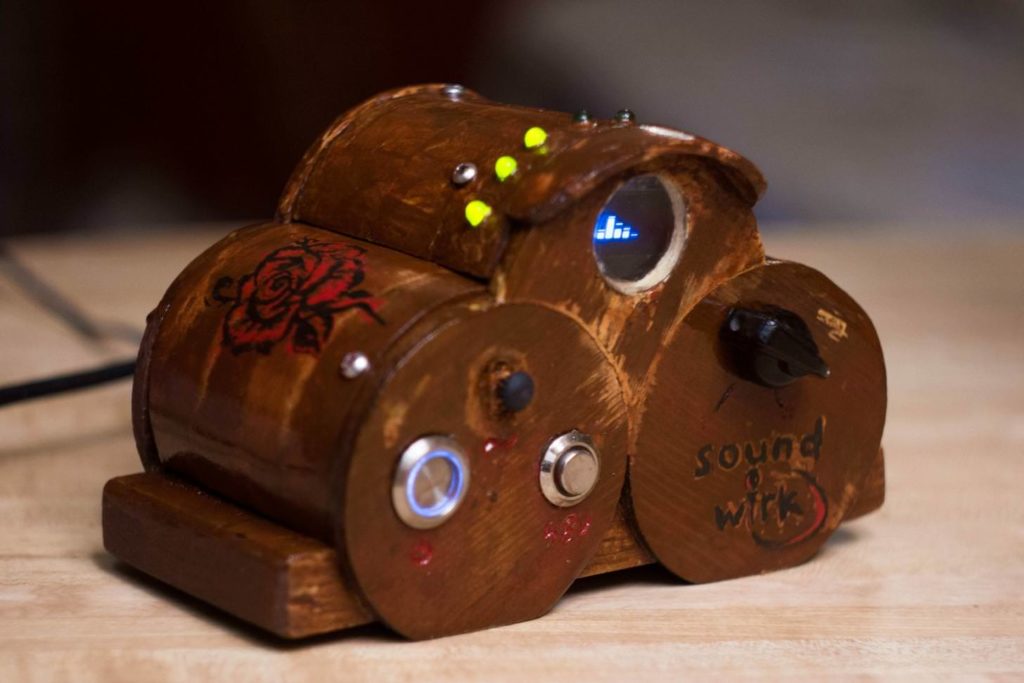 As spotted here, Sam Izdat decided to make a preamplifier for a friend who provides voice talent for audiobooks and the like. The primary audio circuitry for the build is provided by a purchased PCB based on the INA217 chip from TI, but from there things get a bit more interesting.

To complete the project, Izdat added a tiny Arduino-powered OLED display. This shows a VU meter, along with a variety of other animations, seen through a window in the enclosure made from a broken wristwatch.

The device was prototyped using an Arduino Uno, while a Nano was embedded in the final product, allowing everything to fit into the unique compartmentalized enclosure that he constructed.

The amplifier is based on the Texas Instruments INA217 chip, with an Arduino Nano and 128×64 OLED display providing the visualization. [Sam] was able to find a bare PCB for a typical INA217 implementation on eBay for a few bucks (see what we mean?), which helped get him started and allowed him to spend more time on the software side of things. His visualization code offers a number of interesting display modes, uses Fast Hartley Transforms, and very nearly maxes out the Arduino.