Restrict access to tools with this card reader power switch 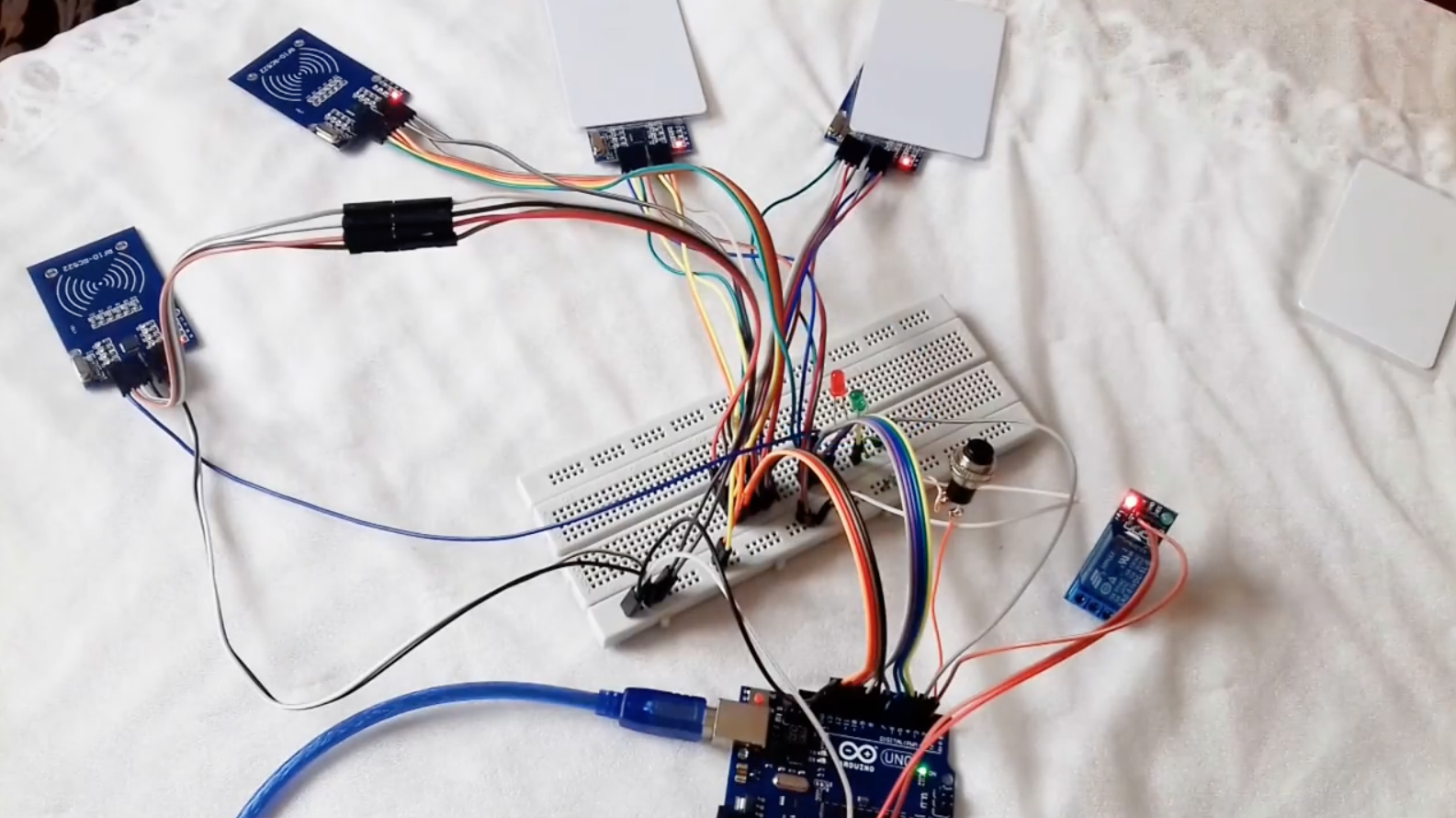 As seen here, “Annaane!” has come up with what could form the guts of a very interesting escape room puzzle.

Her build features four RFID card readers, which cause an Arduino Uno to release a door lock or other device via a 5V relay, only when the corresponding tags are arranged correctly.

From the looks of the video below, the design is very much a prototype, but could easily be morphed into an arrangement to frustrate and entertain participants. As noted, the project uses all but the TX and RX pins on the Uno, but this could be expanded by using a Mega or an I2C port expander.

Code for the system can be found on GitHub.