Scribble is an Arduino-controlled haptic interface 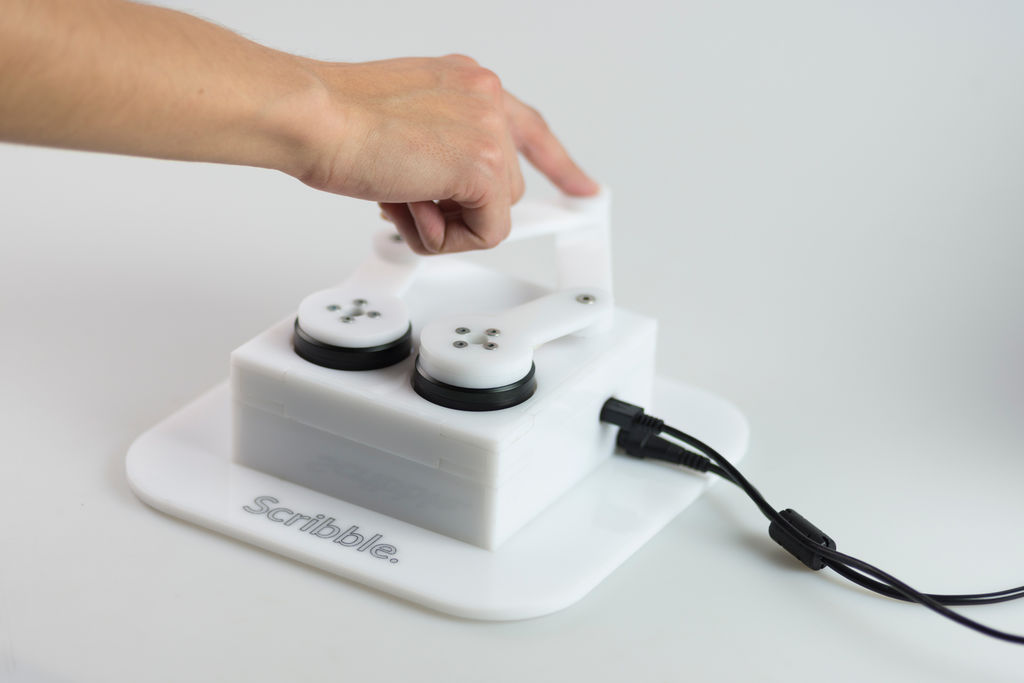 As part of his master’s studies at Eindhoven University, Felix Ros created a haptic interface that uses a five-bar linkage system to not only take input from one’s finger, but also act as a feedback device via a pair of rotary outputs.

Designed for autonomous cars, “Scribble” lets a driver draw their way through traffic. They decide the path and the vehicle then follows, not letting them drive but pilot the car.

Scribble is powered by an Arduino Due that communicates with a computer, running software written in openFrameworks.

Rather than driving, Scribble requires the driver to plan his move ahead in time. If successful, this can work quite relaxing since the driver can plan first and after focus on something else, until further planning is required. As described by a test user: “Normally you have to think twice, now only once,” meaning that he does not have to actually execute his planned action since the car will do this for him, so in the meantime he can “… sit back and relax.” Interacting with semi-autonomous systems is like a fluid human-machine dance, it are interfaces like these that could potentially teach us how to become better dancers.

You can learn more about Scribble in Ros’ write-up here, including the code needed to calculate and output forward kinematics to set the X/Y position, and inverse kinematics to sense user input.

Be sure to check it out in the video below piloting a virtual car through traffic with ease!

2 Responses to “Scribble is an Arduino-controlled haptic interface”