Monitor your sleep quality with Arduino 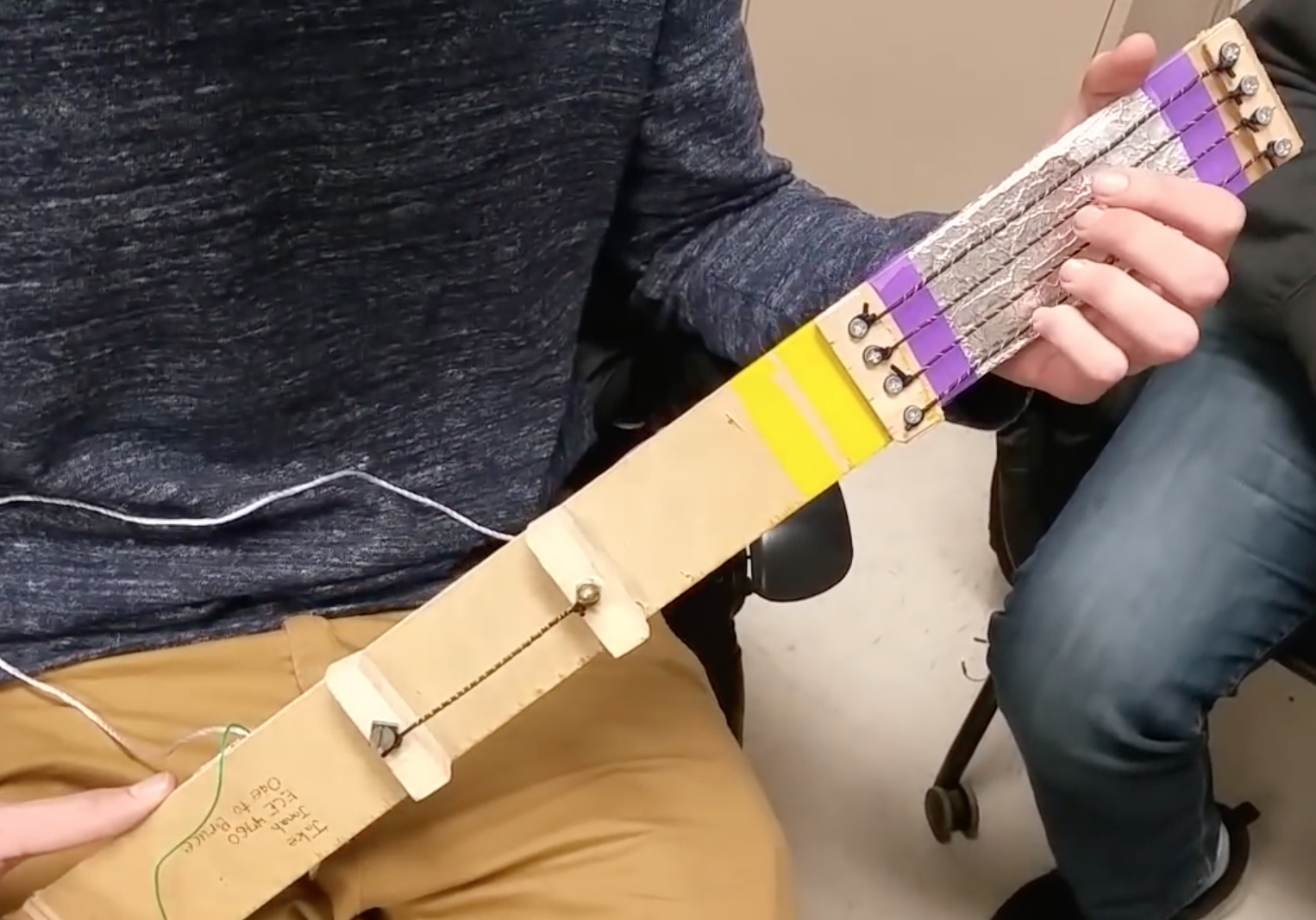 If you’d like to create your own simulated guitar from scratch, you’ll want to check out this project by Cornell ECE students Jake Podell and Jonah Wexler. It uses four conductive strings on the neck to sense which note is selected, along with a pick wired as input to tell when the string has been plucked.

An Arduino Uno takes these inputs and feeds them to a computer via USB serial. Information is then transmitted over Bluetooth to a PIC32 microcontroller, which displays a scrolling fretboard on a TFT screen. 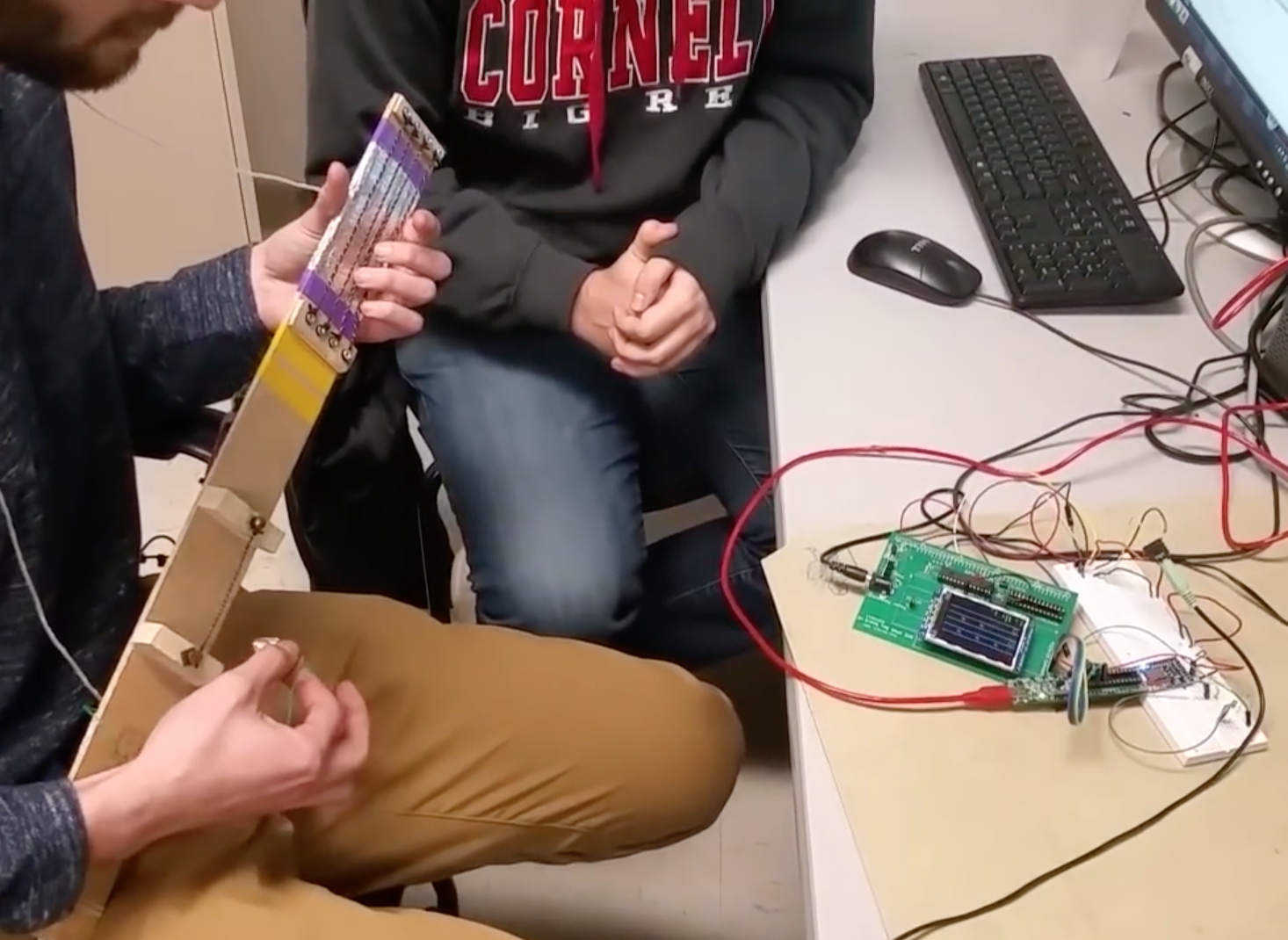 The pseudo-musician must strum along to the song shown—Ode to Joy in this case—hearing a strumming sound for correct notes, or an annoying beep for errors.

Similar to the classic music games like Rock Band and Guitar Hero, we use a TFT to display notes that move across the screen towards a strum region, produce guitar plucks and undertones of a song, and keep track of the user’s score. The user plays notes on a wireless mock guitar built with carbon-impregnated elastic as strings and a conducting plectrum for the guitar pick. The guitar is connected to an Arduino Uno which communicates wirelessly via Bluetooth to the PIC32. The goal of this video game is to learn the basic finger movements of holding down strings and strumming at the correct time for novice guitar players. The project can easily be extended for more advanced finger movements on the strings and strum timing for those with more experience.

You can see more of the project in its write-up here and in the video below!