The BecDot is an Arduino-based Braille teaching tool for children 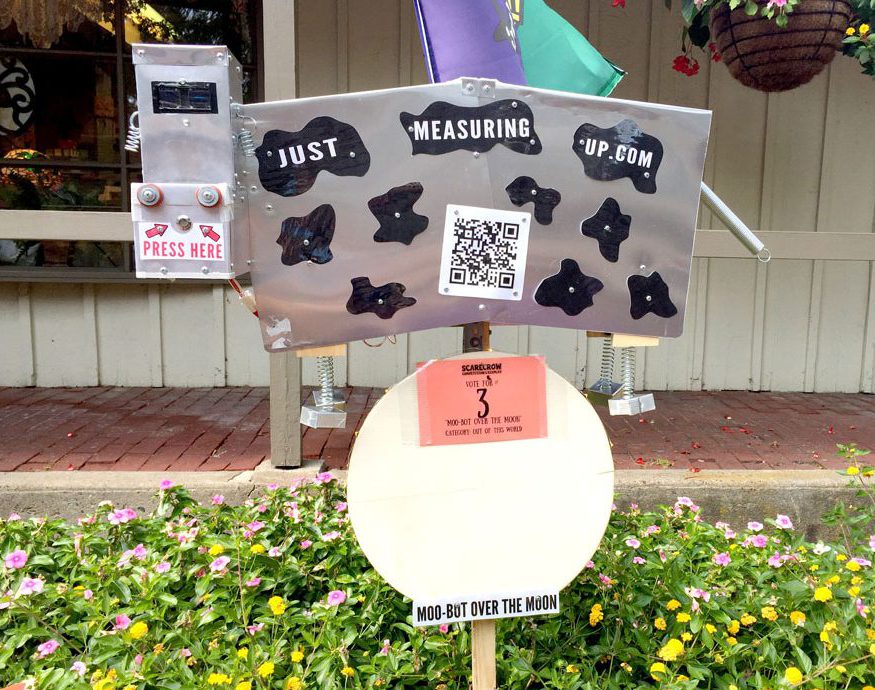 With Halloween around the corner, hackers are gearing up for festivals and trick-or-treaters, hoping to spook visitors or simply impress others with their automation prowess. DIY bloggers Ash and Eileen are no different, and decided to enter a local scarecrow contest in the “Out of this World” category. Their entry? Moo-Bot, an Arduino-powered sheet metal cow that looks like it came straight off the set of a 1950s sci-fi flick.

Not that that is a bad thing; somehow this retro-futuristic bovine looks quite interesting. Making it even better is that the robotic cow’s eyes are made out of two OLED displays, and that it can interact with observers through an internal speaker.

When someone presses a button on its nose, the onboard Uno powers up and tells a pre-recorded series of cow jokes via an MP3 player module. Power is supplied by eight D batteries, which is enough to keep the Moo-Bot going for a few months.

You can read more about the project here, and see it in action below!

One Response to “Meet Moo-Bot, a robotic cow scarecrow”