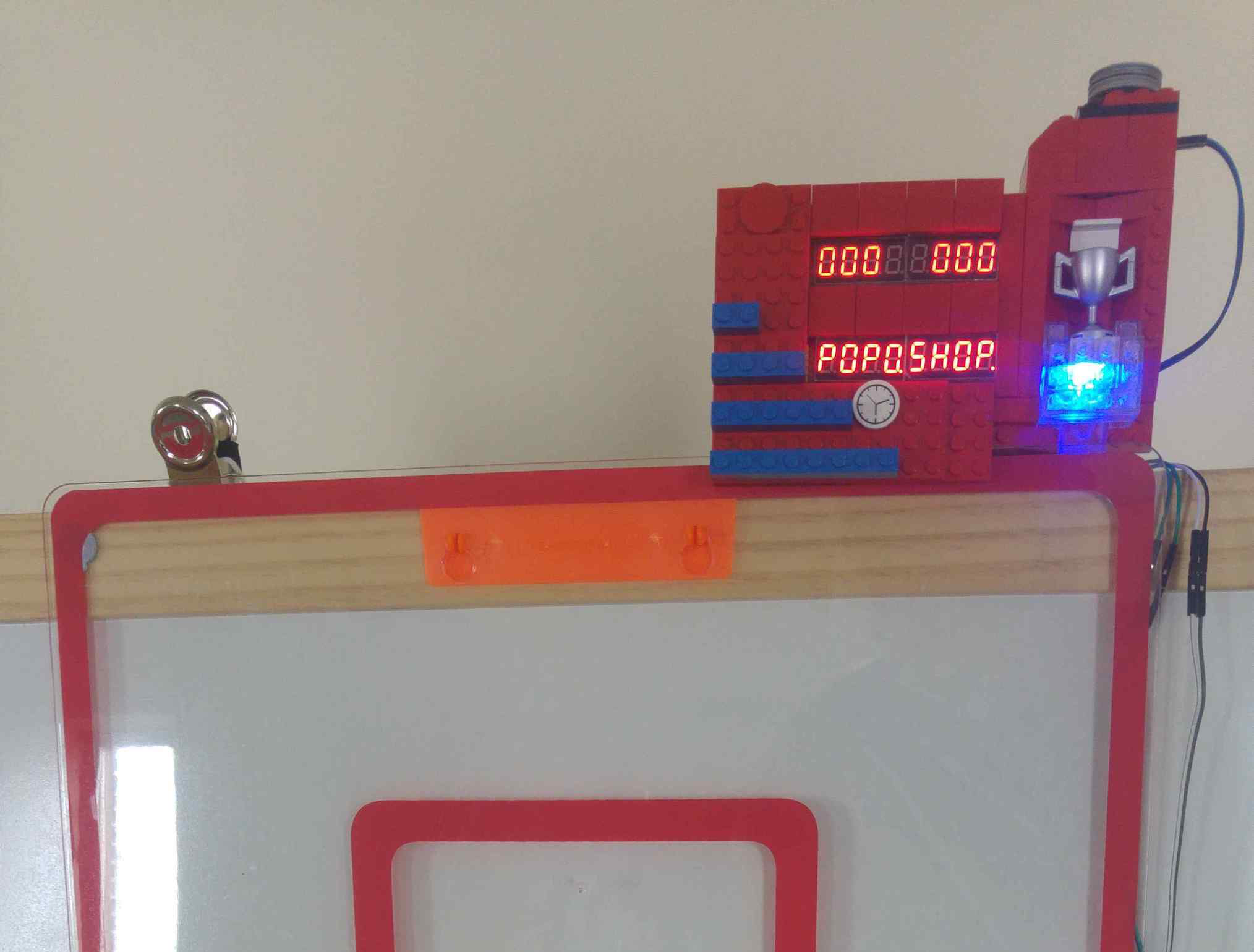 You may be familiar with “Pop-A-Shot” at arcades and amusement parks, which allows you to shoot baskets at a hoop for fun and prizes. Maker Cory Guynn, apparently unsatisfied with not having one of these at home, decided to duplicate the game with the “Pop o Shop.”

In this version, an ultrasonic sensor in the hoop tells an Arduino Nano when a shot has been registered, while two 7-segment displays inside of a LEGO scoreboard show the current count, time remaining, and high score. There is also an RGB LED that turns green after every made basket and changes color with a new top score.

Incidentally, one of the displays can also spell out “POPOSHOP,” which dictated the name of the game, since there is no “T” character in the LedControl library used! For more info and code, be sure to check out the “Internet of LEGO” build log!