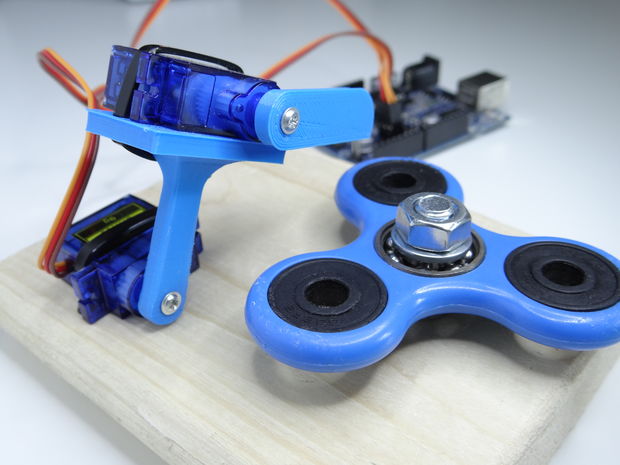 Fidget spinners are currently very popular, and if you get one you’ll certainly want to spin and spin, maybe thinking you’ll never put it down. Unfortunately, like Nikodem Bartnik, you’ll eventually get bored with this device. Perhaps setting it aside forever. However, as Bartnik puts it, “Spinner has to be spinned,” so he came up with a robotic device to do this for him.

The resulting robot consists of two small servos, along with two 3D-printed linkages, attached to a piece of wood. A spinner is also affixed to the same piece of wood with a bolt, which is spun by the servos under Arduino Uno control.

Check out Bartnik’s Instructables write-up to see how it was done, along with the code and STL files needed to create your own!

3 Responses to “A fidget spinning robot!”