Experience the Internet through a modified rotary phone 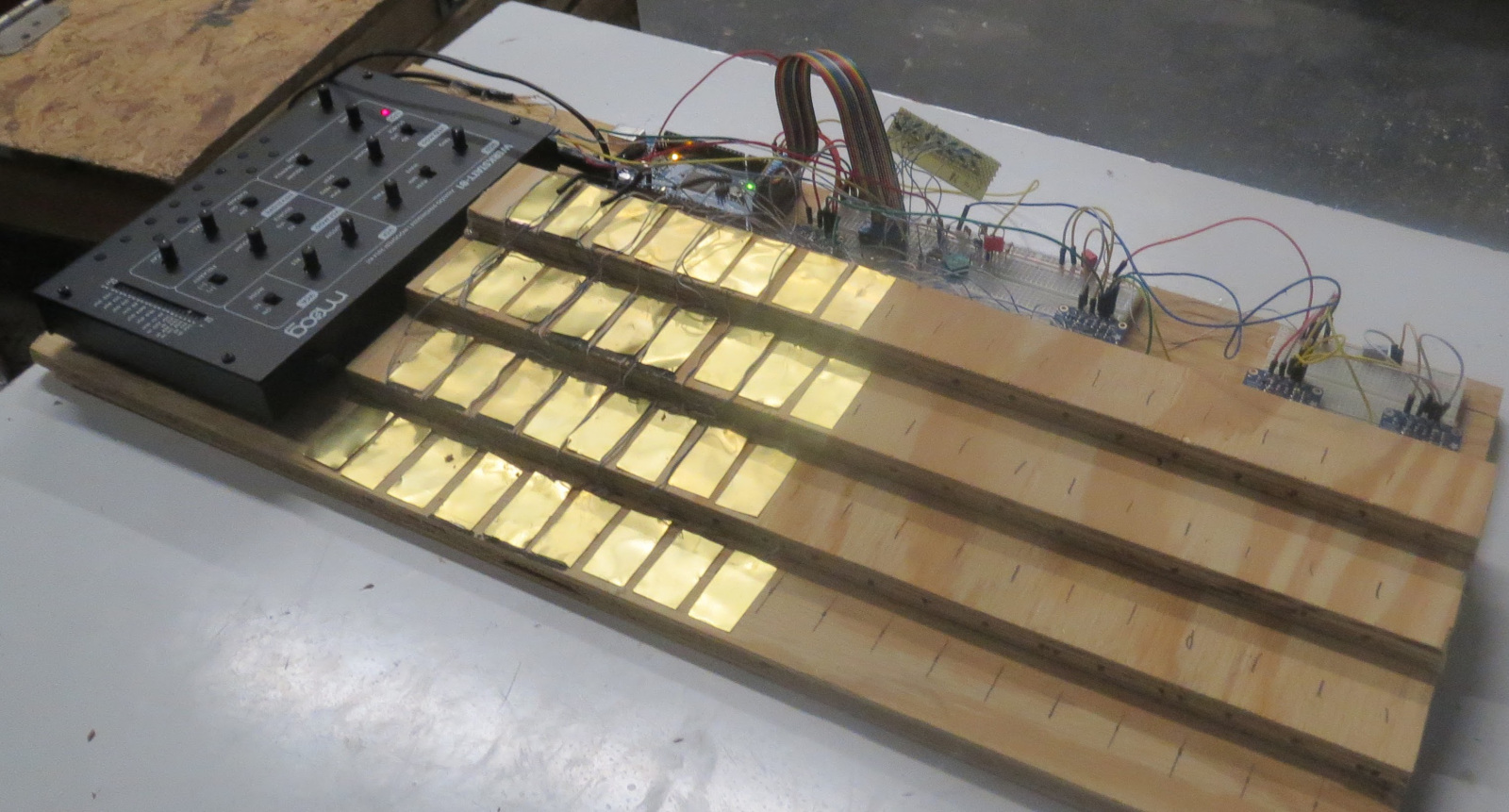 If you have even a passing familiarity with how to play a piano, you know that there are a bunch of long white keys, with a lesser number of black keys in a nearly-universal arrangement. On the other hand, like the standard and much lesser-known Dvorak keyboard for typing, there are alternatives. One such alternative is the Jankó keyboard, which Ben Bradley decided to reconstruct for the Moog Werkstatt using a capacitive touch sensor setup.

His new instrument, which as of his write-up only had 13 keys connected, was constructed for the 2017 Moog Hackathon at Georgia Tech. It uses an Arduino Mega for control along with four MPR121 capacitive touch breakout boards, and as seen in the video below, can be played quite well after only one day of practice!

You can find more details on his build, including its Arduino code, on the Freeside Atlanta website and check out its feature on Hackaday here.