An interactive LED floor to get the dance party started

Testing microswitches with a (not quite) Useless Machine 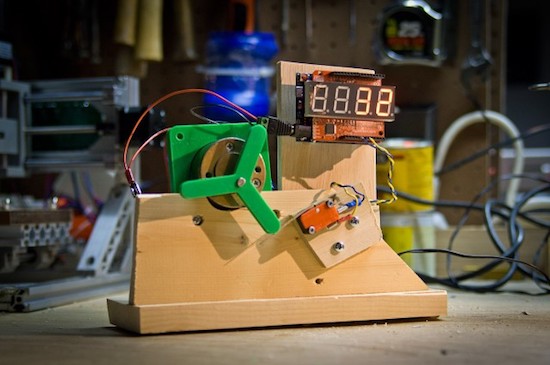 Pete “Raster” Prodoehl shows how to test microswitches with an Arduino Uno.

As referenced in his write-up, Prodoehl needed a way to test microswitches that he’d be using for an exhibit. After all, when something is on display, the last thing you want is to have to replace components. Inspired by how Consumer Reports tests things, he decided to build his own setup with a counter and 3D-printed “pusher.”

What he found was that when you’re testing the life span of a component made to work over and over, your testing components have to also be robust enough to handle the very gradual abuse. It’s an interesting exercise, and something that engineers in manufacturing have to deal with constantly. Getting something to work once or even a times is neat, but getting it to function thousands of times for a test or otherwise takes a different way of thinking!

You can see more about this project on Prodoehl’s page here, and check out the video compilation below for a quick overview.