These e-tattoos turn your skin into smartphone controls

Add flair to your turn signals with programmable LEDs 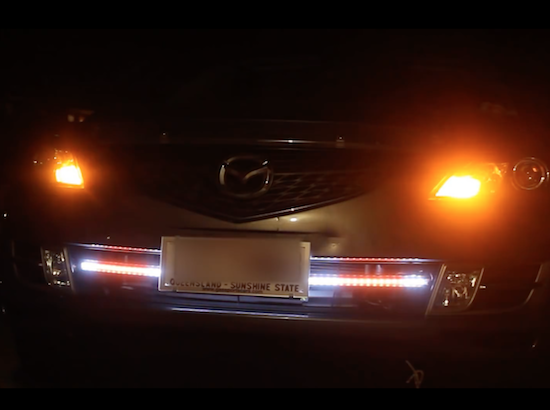 Modding vehicles to do something different and unique has been a pastime of “motorheads” almost since cars began to replace horses. Many modifications involve speed, but some like these fancy turn signals by Shravan Lal, simply supplement the looks of his ride.

An Arduino Nano was used as the brains of this hack in order to control strips of WS2812B LEDs acting as blinkers (similar to those on the new Audi A6) in the video below. In addition to signaling a right or left turn, Lal’s build also has a neat startup animation, and can act as a set of hazard lights if needed.

It’s a neat project, with lots of further potential; on the other hand, be sure to check the legality of this type of modification in your area before attempting something similar! You can find more information on his GitHub page. Speaking of customizing cars, don’t miss AtHeart’s Macchina M2 on Kickstarter now!