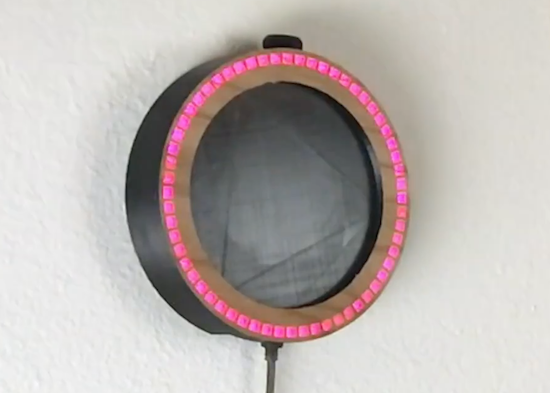 If you need motivation to actually wake up rather than sleep more, this Nerf target clock from “Normal Universe” could be a great solution!

For many of us, traditional alarm clocks have given way to smartphones, but the concept is still the same: an annoying sound, followed by either waking up, or hitting the virtual snooze button just… one… more… time. On the other hand, when this alarm goes off, you need to shoot it with a Nerf gun in order to silence it.

The alarm/target works using a piezoelectric sensor attached to the clock’s housing. When the alarm sounds, if it senses a dart hit by counting the signal pulses generated, it turns off. Ingeniously, and perhaps annoyingly, it can tell if it’s tapped by a finger, and not respond accordingly!

The clock uses a programmable RGB ring controlled by an Arduino Uno to display the time, and is nicely modeled in Fusion 360. Definitely worth a watch.

You can see more details in the video below!

3 Responses to “Start your day with Nerf target practice!”