Control this Ohio home’s Christmas lights from the Internet

Hack your Teddy Ruxpin with Arduino, Raspberry Pi and Alexa 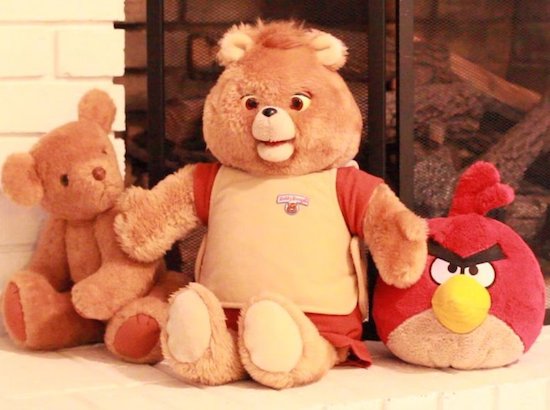 If you had a Teddy Ruxpin in the ’80s and ’90s, you probably remember inserting special tapes and hearing him read stories to you. Whether you loved or hated the little bear, it was hard to forget his weirdly moving mouth and eyes. Today though, with small and cheap development boards readily available, this mechanical system is just begging for a retrofit.

In this project, hacker “Tinkernut” employed an Arduino to sense the intensity of a sound input, and in turn used it to allow Ruxpin to lip sync to any audio source. This could be a song, story, or even output from a virtual assistant.

He chose the latter option, and after installing Alexa on a Raspberry Pi, used the two boards in tandem to control the retro toy. With this setup, he can ask it such questions as “how tall is the empire state building?” and have it answer back with audio and a semi-synced bear mouth.

Have an old Ruxpin lying around? Give new life to it by following Tinkernut’s instructions here.

One Response to “Hack your Teddy Ruxpin with Arduino, Raspberry Pi and Alexa”