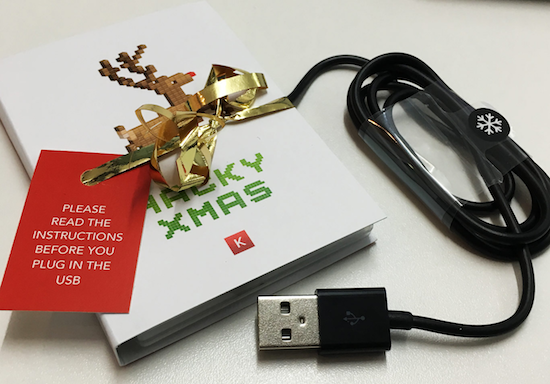 Last December, to wish their clients a Merry Christmas, UK-based agency Kerve Creative decided to do something a bit different than just the traditional holiday card. Instead, they created an interactive one with Arduino that transforms into a fully-functional game controller.

The card invited recipients with a “little ditty” to play the retro-style Hacky Xmas game. After plugging it into your computer’s USB port and pressing either the Mac or PC button (PC may’ve needed to wait for the drivers to update), they could then use the controller to help Santa hack down a Christmas tree, while dodging falling decorations and collecting as many points as they could. 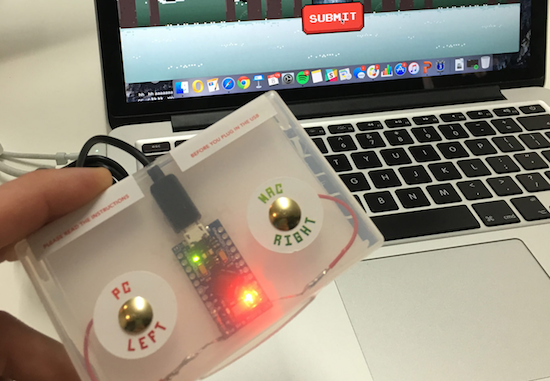 To make things even more merry, the highest scores also won a special prize from the Kerve team which included a lumberjack hat and a bottle of champagne.

You can read more about the awesome project here.

One Response to “An Arduino-powered Christmas card game controller”