These boxes make music out of metal and wood 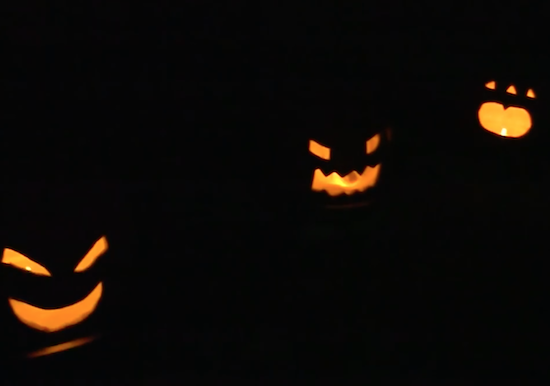 CrankyCoder’s favorite holiday, as well as his family’s, is Halloween. After creating a skull that follows people around a few years ago, he decided to take things up a notch with his “Creepy Pumpkin Patch.” His patch includes eight pumpkins on the edges of a path with homemade pressure switches in between. As trick-or-treaters walk by, the patch is activated, making the pumpkins spin creepily.

Cleverly, CrankyCoder employs two pie pans with marbles in between for each rotating pumpkin, creating ball bearings to support the weight. Also, instead of a candle or other complicated electronics, he’s using flickering LEDs from the dollar store to produce a creepy lighting effect.

With Halloween just days away, be sure to check out the project’s video seen here or its GitHub page to get started on your own Creepy Pumpkin Patch.