Relive some arcade memories with a desktop coin pusher 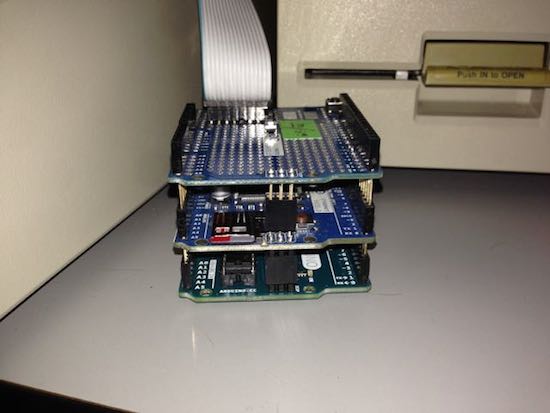 Instead of a huge box of disks, David Schmenk decided to use an Arduino to add a massive amount of storage.

For Apple II enthusiasts, loading games or other programs via a normal disk drive works, but since storage capabilities have exploded since the 1980s, Schmenk’s setup uses an Arduino Uno to access an SD card via the gameport. As seen in the video below, Schmenk is able to read and write data, pulling up Lode Runner in 45 seconds. The Arduino shield’s real-time clock can also be accessed if needed.

There are already plenty of Ethernet products available for the Apple II, but few SD card options for transferring individual files… For my project I wanted something closer to a hardware version of CiderPress: the Apple disk image utility.

Be sure to check out the entire project on Schmenk’s writeup!