LipSync is an Arduino-based assistive device for smartphone use

Relive some arcade memories with a desktop coin pusher 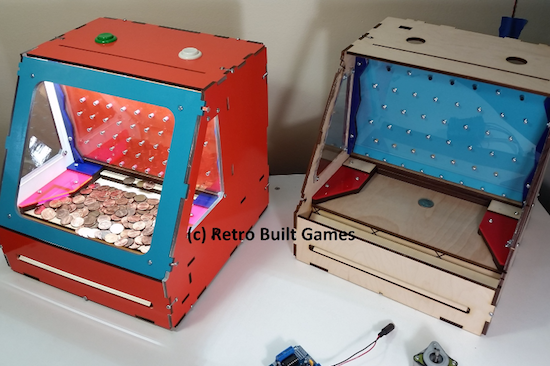 If you’ve seen a machine at an arcade with coins hanging off an edge, you probably thought, “Wow, if I just put one more quarter in, I’ll get like $10 back.” Although perhaps he could make money with it, Bates built his own as a fun distraction. His machine uses a cam mechanism to push a “dozer” back and forth so that when you drop a penny down the money input chute, it hopefully knocks a few coins into the area where you can collect them.

The mechanism is simple, but Bates used an Arduino along with a motor shield to drive dozer motor. It also monitors a tilt sensor to detect if someone tries to cheat. On the other hand, as he notes, it’s small enough that someone could take the device.

Although it’s apparently not ready as of this writing, Bates plans to have this game available as a kit on his website.