Time to announce the giveaway winner for April 7th 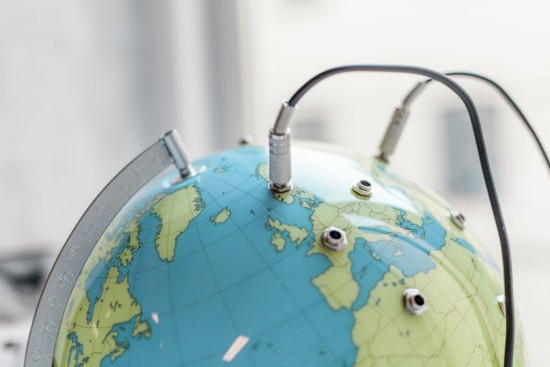 News Globus is an unusual physical interface that piques the curiosity of people and asks them to explore the world by the news putting in relation  places of the world. It was designed by Bjorn Karmann, Charlie Gedeon, Mikio Kiura, Sena Partal wiring 20 regions to a Genuino board inside the sphere. When two regions are connected with the jack, the Genuino selects a country randomly from each region and queries the NY Times API for news containing both locations. A web server then selects a story and converts the headline and byline to a mp3 file which is played either from the headphone jack or the speaker at the  base of the globe:

The shape of the globe is an interesting artifact from the past which was combined with modern technologies and online services. Instead of allowing people to hear the news of one place, the audio jacks bring to mind the metaphor of the phone operator to get people to discover surprising connections between places near and far from each other.

Check the video to see it working:

The project was developed during the Interaction Design Programme at CIID with the help of Massimo Banzi and Dario Buzzini. 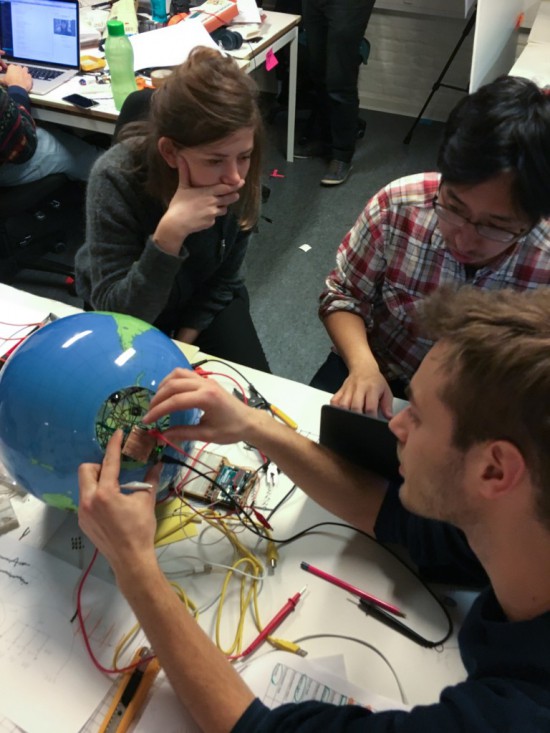 One Response to “Explore relations between nations daily with News Globus”