Learning Photosynthesis with an Interactive installation 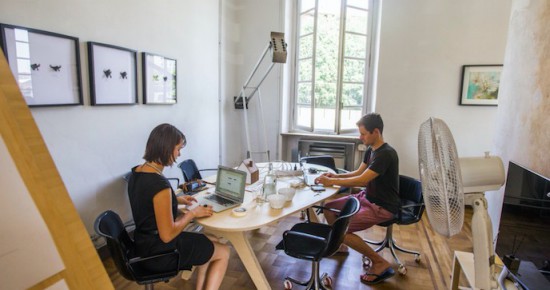 The Academy Awards night is coming and it’s a perfect moment to be nominated and  win a prize.  Casa Jasmina project won its prize yesterday: the Internet of Things Awards, showcasing excellence in all areas across the Internet of Things since 2011, in the category of best IoT open source project – Editors Choice Winner.

The Open Source award “honors projects that bring those values to the Internet of Things, either by incorporating open source technology or by making public the details of their own designs and software”, this is the idea of the IoT awards organization in which Casa Jasmina completely believes.

The open source movement is for Arduino and consequently for Casa Jasmina, the core of internet in terms of hardware, software and protocols that compose the global communication infrastructure, and in this way the power of collaborative development is the main focus of Casa Jasmina idea.

As a futuristic Wunderkammer, Casa Jasmina will collect and share artificialia to present in a open way system what and how the IoT concepts will change the daily home life.

Winning this competition is for Casa Jasmina the acknowledgement of a project that take on to transform into reality a series of reflections around IoT and open source. Casa Jasmina is really proud to have been selected between 21 projects, because this represent the attention we are trying to attract.

There is still a lot of work, Casa Jasmina is working hard to rich the goal; it’s not simple but awards like this give hope to the project, and show the interest that exists on these issues.

So thank you all