Make your own soda fountain out of cardboard

DeepWay helps the visually impaired navigate with a tap

Build a 4-button arcade game out of LEGO

If your kids (or you) have somehow gotten tired of playing with LEGO bricks, Lenka Design Workshop has a great way for you to breathe new life into this unused pile.

Their game enclosure consists of a 32×32 LEGO baseplate, along with walls made of blocks to support a clear acrylic cover. This in turn holds four large arcade buttons for gameplay control. Five games are currently implemented to run on the game’s Arduino, with light and sound feedback. 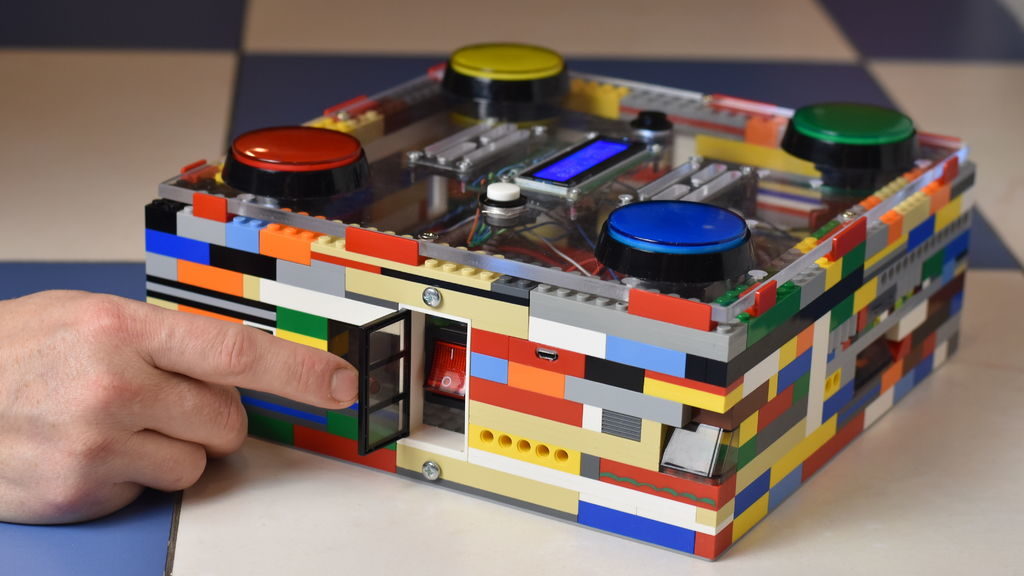 We decided to recycle the unwanted Lego bricks and created an arcade game.

The code has been written in such a way that it doesn’t have dependencies and will compile on any Arduino board. And of course the games have been intensively tested by our kids. 🙂

How is this game different from many others that have been published before?

First of all, there are 5 games built into it:

Secondly, it has a great design (from our perspective) and can be easily repeated.

And thirdly, it is earth-friendly because it allows you to recycle the plastic.

You can see a short demo of the system in the video below, or check out the project write-up for more info.