Notable Board Books are an Arduino-powered way to enjoy music

A time-telling web powered by Arduino 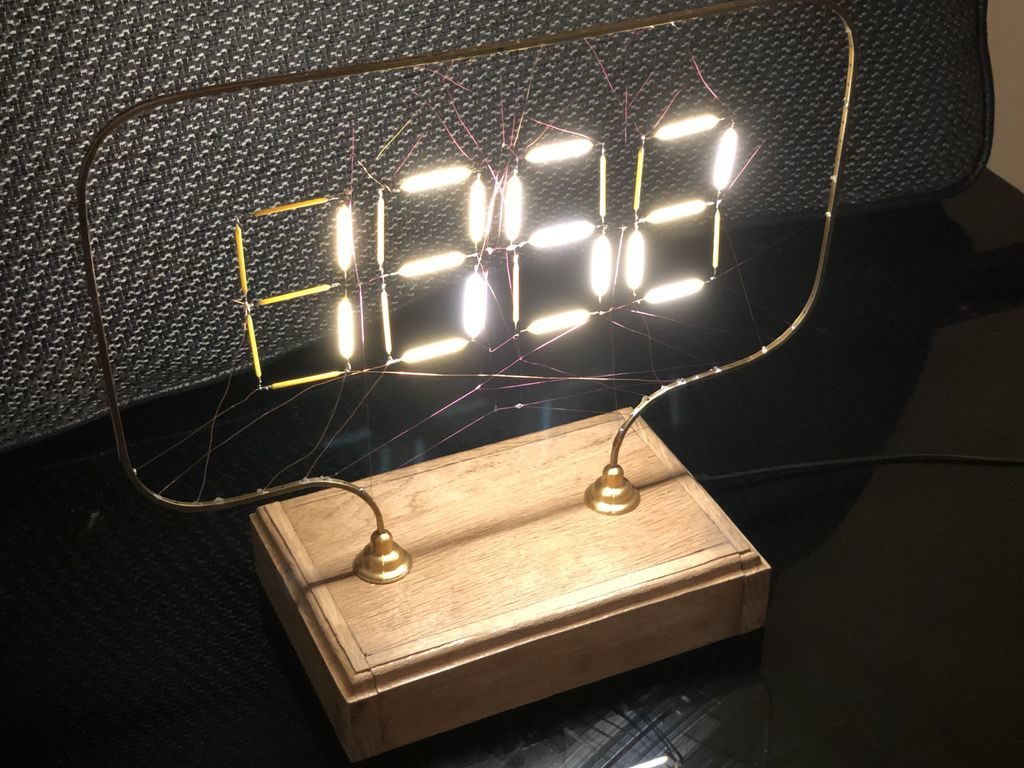 Flament bulbs, commonly known as Edison bulbs, contain a variety of interesting LED lights. So interesting, in fact, that maker Andy Pugh decided to take these individual components up and turn them into a 7-segment display clock.

While making a clock isn’t an uncommon hacker pursuit, this Arduino-controlled device uses a series of wires to both power and support the clock’s four digits from a bent brass frame. This gives it a decidedly web-like appearance, so much so that Pugh notes it’s reminiscent of the cobweb writing in the book Charlotte’s Web.

The clock also features the ability to sync the time via radio signals, though this functionality appears to still be in the experimental phase.

Code for the build can be found here, and you can see it cycling through numbers in the video below.

2 Responses to “A time-telling web powered by Arduino”