Combining a spirit level and range measurer into a single device

Wake up to an Arduino-based overhead alarm clock 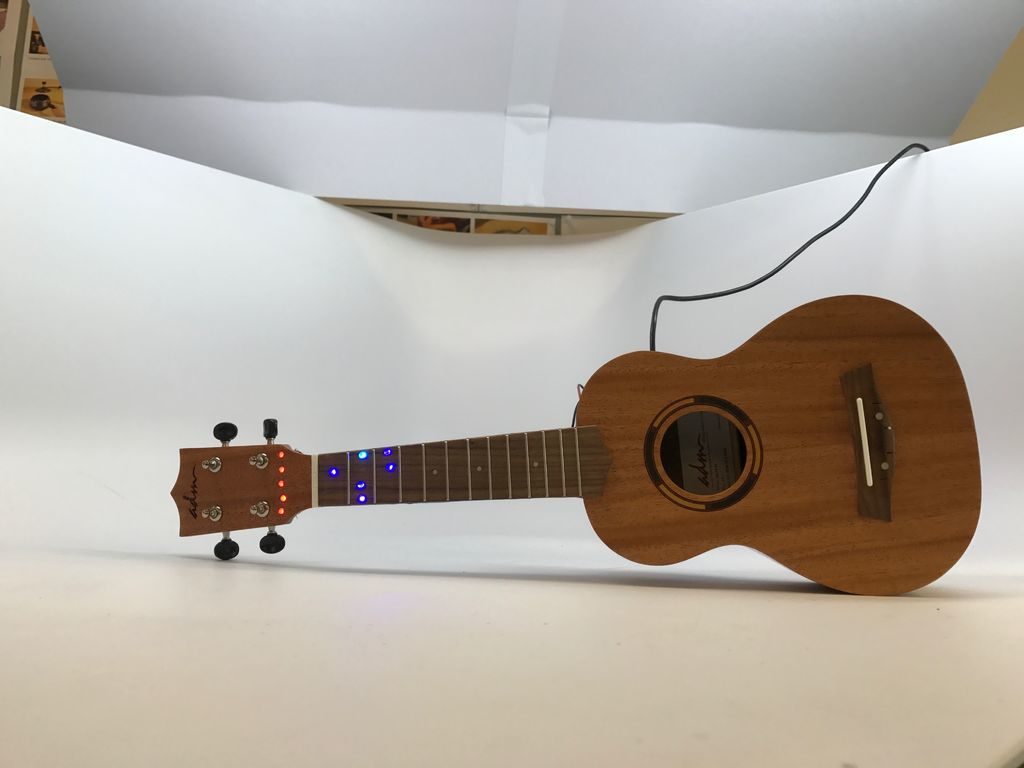 Ukuleles can be a lot of fun to play, and since cheap yet very playable versions can be had for under $50, they make a great target for hacking. And what better way to decorate an instrument by adding LEDs?

Elaine Chow did just that to her uke, adding six LEDs in the fingerboard along with another five embedded in the headstock. Each of these LEDs are controlled with an Arduino Uno, which light up to indicate the four most important chords: C, G, Am, and F. 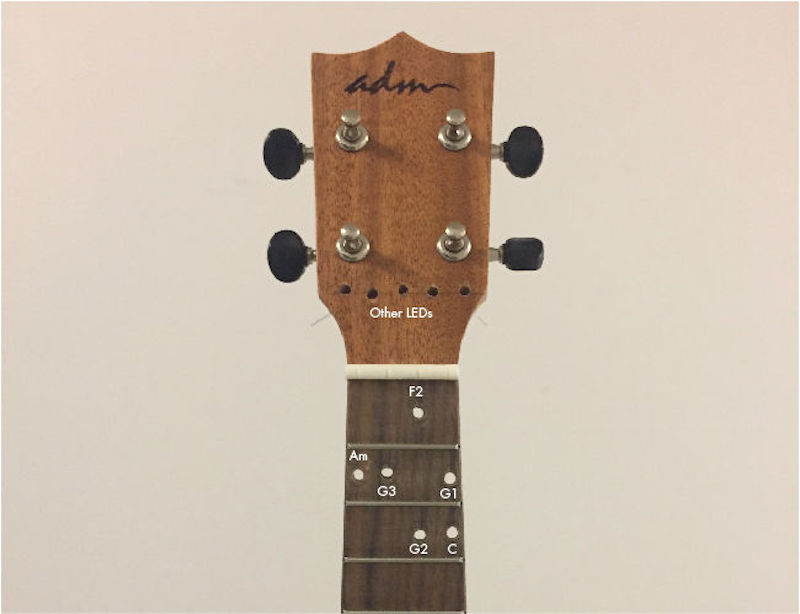 This can be set up to sequence through noted in a pre-defined path, and she’s working on a system that will detect when the correct finger positions are pressed, then moving on to the next note.