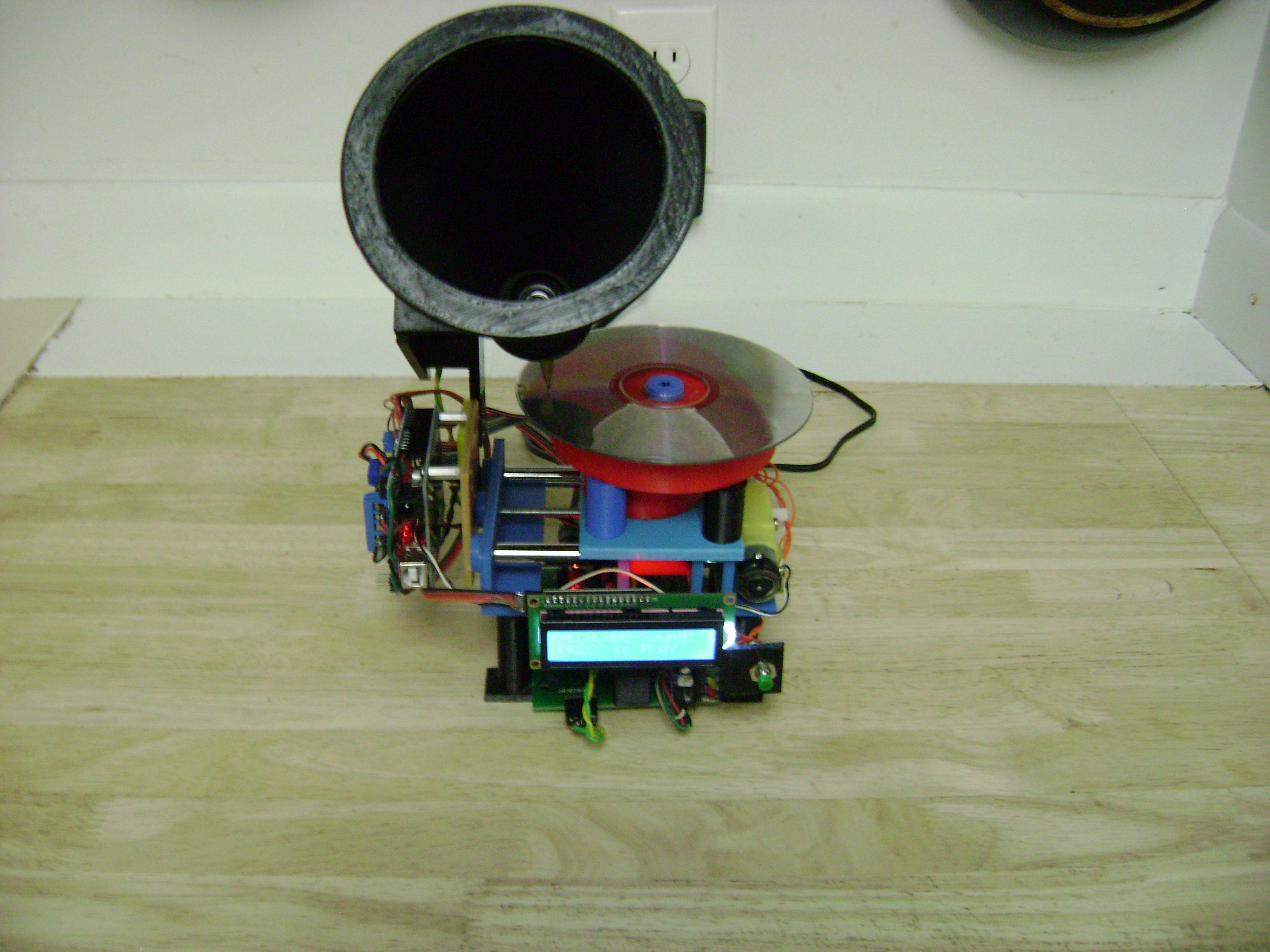 Digital music—which gives us access to a virtually unlimited amount of media at our fingertips—is an amazing innovation. On the other hand, if you get nostalgic for something a bit more tangible, this “Victrola for the 21st century” may just fill that gap.

The device, by maker “castvee8,” plays digital music with the help of an Arduino Uno. Instead of simply emitting the tunes, however, the speaker is augmented with 3D-printed parts to make a horn assembly, and pushed over a CD spinning on a turntable using a worm drive. This creates the illusion that it’s playing digital music in a strange mashup of ‘90s tech and vintage vinyl record players.

My goal was make a music player with a mechanism that simulated a phonograph design but actually was just for aesthetics, and use modern digital media for the actual music. The combination of nostalgia with the modern components like an LCD screen, microcontroller and SD song storage would round this out as a unique build.

The main features of the build are a large cone type speaker supported on a moving axis that scans it across the cd simulating a tonearm pickup, an LCD module that gives instructions such as “press to play” and “select song” with pushbuttons that match, an LED analog level indicator and volume control, a rotating table to turn the cd as if it were being played, and of course the electronics to make it all work. At the end of the song the axis returns home so everything is reset for the next song to be played.

Check it out in the short clip below!

2 Responses to “MP3 player “reads” CDs like a vintage Victrola”