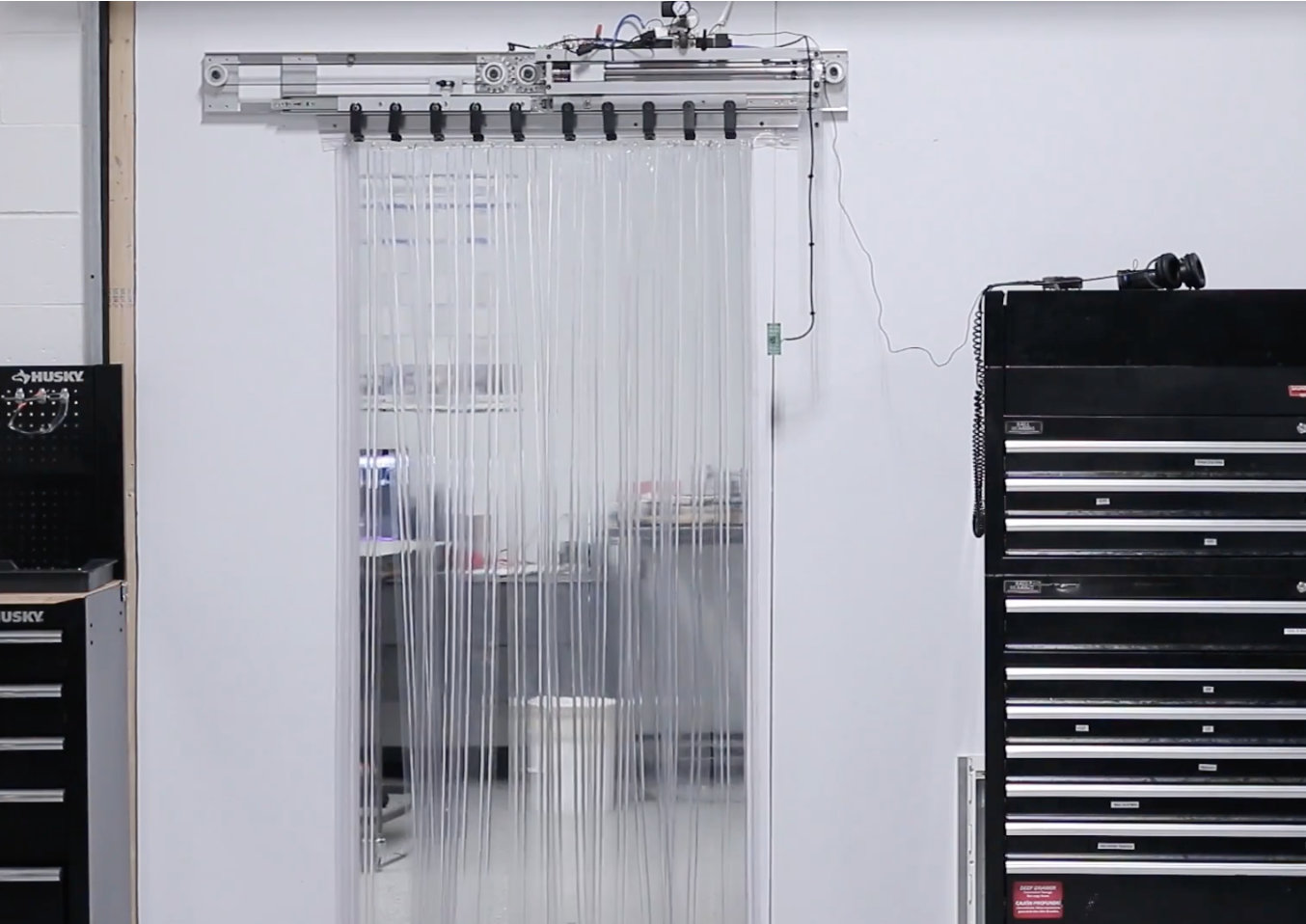 In order to separate their office and shop areas, NYC CNC installed a rubber strip assembly that had to be pushed out of the way every time someone wanted to walk through. Although functional, it was also quite annoying, so they devised a system that uses a pneumatic cylinder to automatically move the rubber strips out of the way.

The device includes an Arduino Nano for control and VL53L0X  time-of-flight sensors for presence detection. In addition, it features a clever gear and belt assembly to mirror one side of the door with the other. 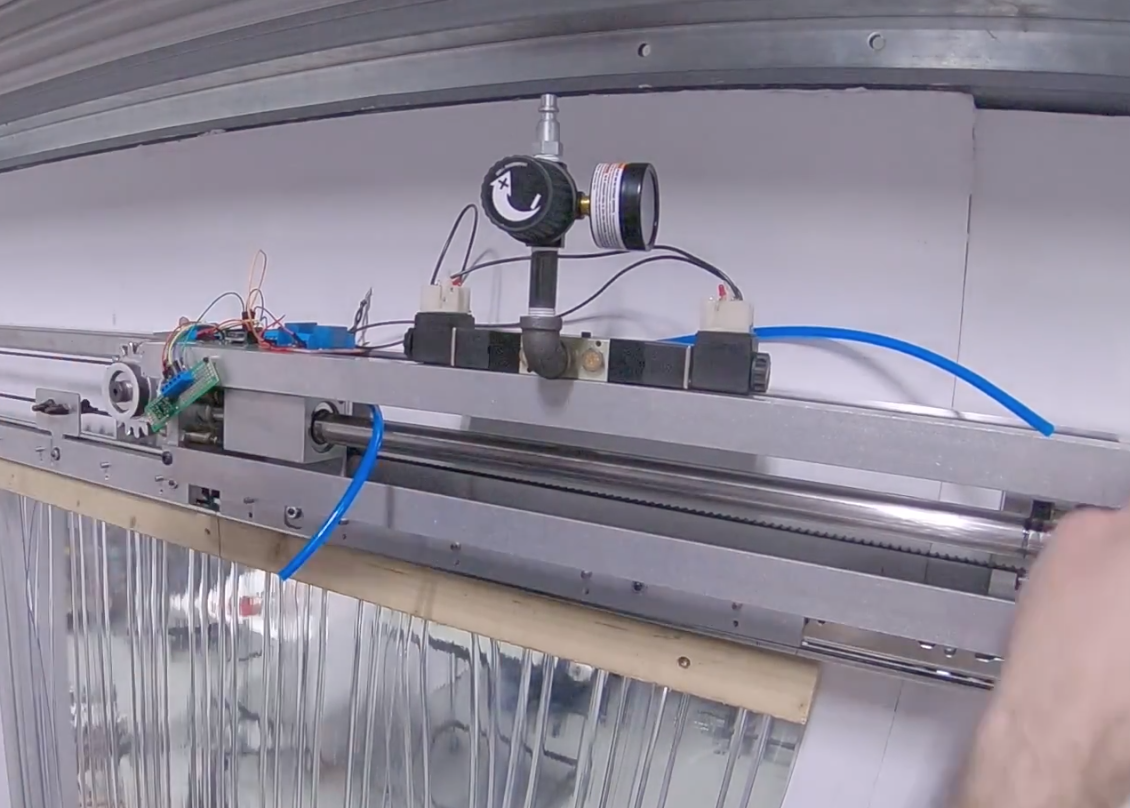 You can find more details of the build in the video below and check out the project’s components, Fusion 360 design files, and Arduino code here.