Kid’s kitchen beeps with the help of an Arduino 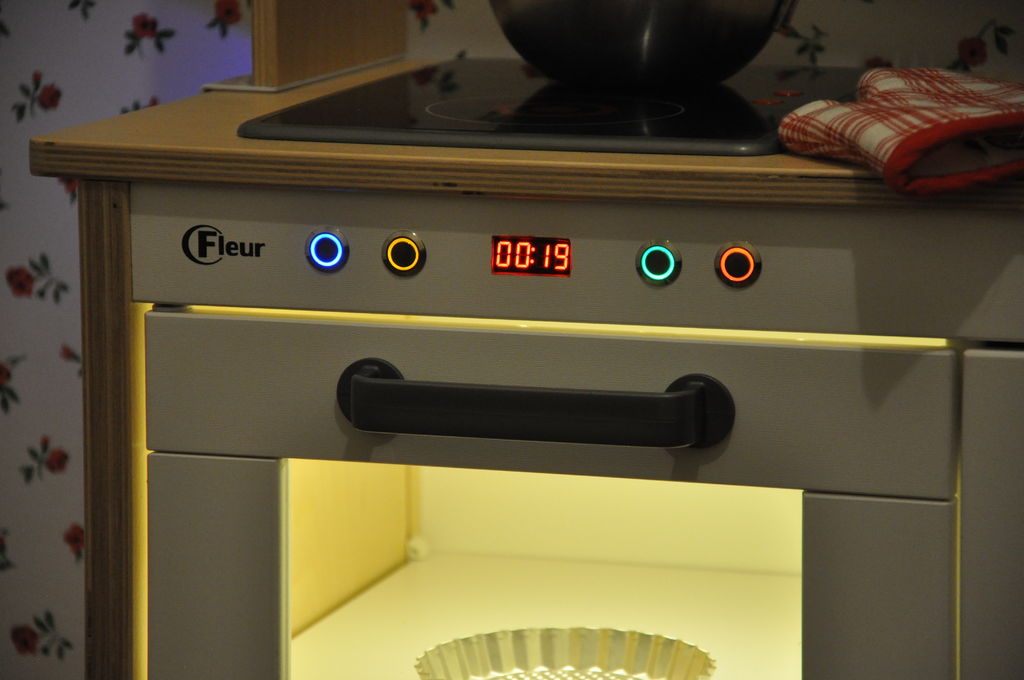 While Roald Hendriks is quite pleased with the build quality of the IKEA DUKTIG play kitchen, it does lack one thing—the ability to say “beep.”

This feature was requested by his daughter, who for her third birthday wanted “a kitchen that says beep, just like mommie’s.” Not wanting to disappoint, he dutifully installed an Arduino, along with a real-time clock module, buttons, and a speaker to allow her to set the cooking time, and have it count down just like the adult equivalent.

The mods are extremely well done, and the buttons and time display on the front look like they were meant to be there. Hendriks even installed lighting inside the oven so she can see what she’s baking!

Check it out in the video below!