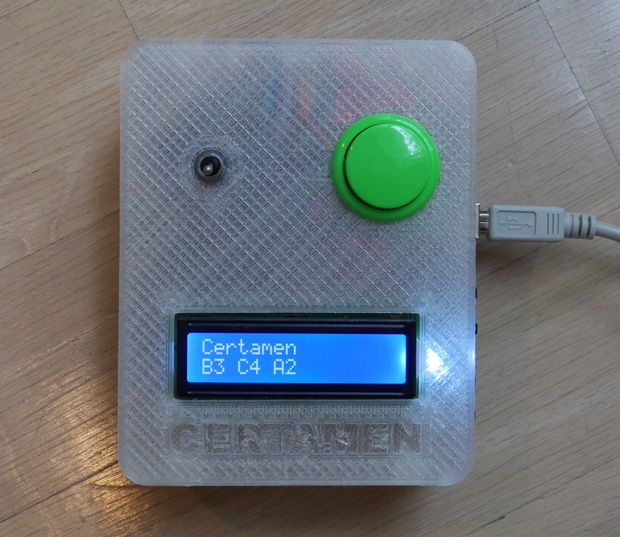 Quiz games, where contestants try to “buzz” in and answer questions make for fun televised game shows, but they can also be great for making learning fun. In order to avoid paying several hundred dollars for an official quiz machine, Instructables user “arpruss” decided to build one for his school using an Arduino Mega.

The device uses a series of CAT-6 cables to connect individual arcade-style buttons to a central control unit with RJ45 connectors, allowing each contestant to buzz in with an answer. While not approved for official competition, the system can pick out button presses down to a precision of 50 microseconds or less and displaying the order on an LCD screen, reliably determining the fastest individual nearly all of the time! 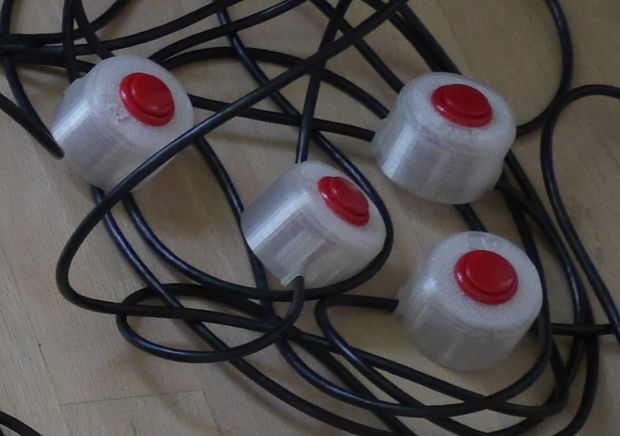 The Certamen quiz team competition from the Junior Classical League involves quiz questions on Greek/Roman subjects. Individual contestants press buzzer buttons when they have an answer. The machine keeps track of the order in which buttons were pressed, subject to the team-lockout rule that once a player on a team presses a button, the other presses from that team don’t count. The machine we built was for three teams of four players each. Additionally, so that other school groups could use the machine as a standard quiz machine, there is an option to disregard teams and just keep track of button order.

Want to create your own? Be sure to check out the project’s full tutorial here!

2 Responses to “Creating a classroom quiz machine with Arduino”