Fling discs with a brushless motor and an Arduino 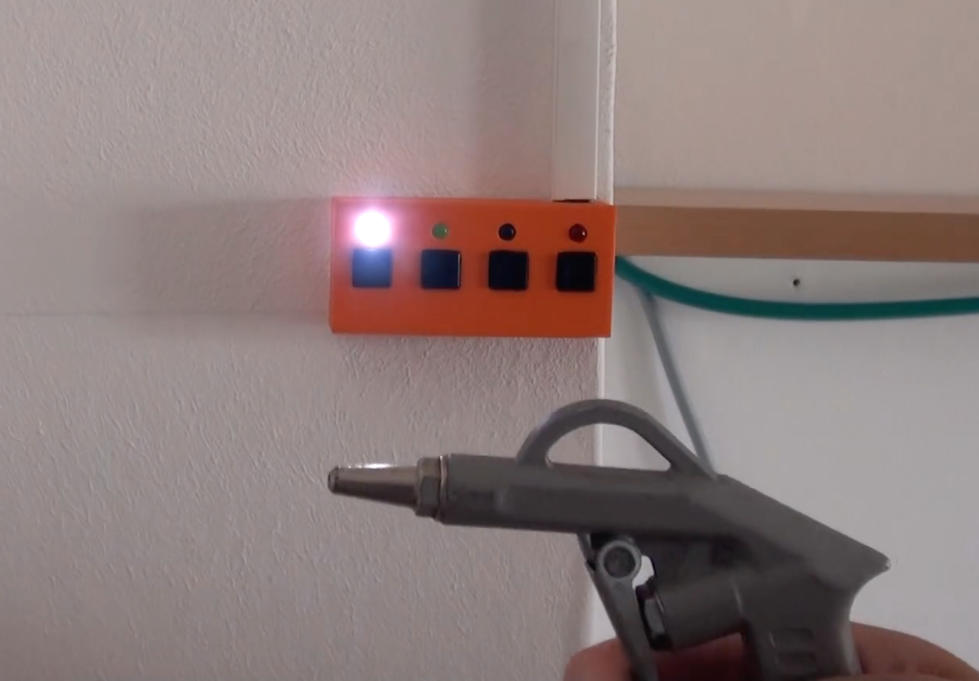 Blow guns can be very helpful around your workshop, but sometimes you want a subtle shot of air instead of a full blast. There are several ways to take this on, but YouTuber “MBcreates” decided on a novel method using an Arduino Nano for control.

In his setup, a stepper is used to turn a screw as a linear actuator, pushing an intermediate blow gun’s trigger at progressively more aggressive intervals. This effectively regulates the air flow going into the handheld blow gun, allowing for a more subtle burst of air when needed.

Simple is often better. So I grabbed an old blow gun and used this a valve. The Arduino Digital Air Pressure Regulator uses a NEMA 17 stepper motor to press the lever of the blow gun. A micro end switch was placed against the lever. When the Arduino Nano goes through the setup, the stepper hits the end switch, now the program knows the exact position of the stepper.

One Response to “Regulate air flow with Arduino”