Levitate liquids and other tiny objects with this DIY device

Maker creates his own coilgun using an Arduino Nano 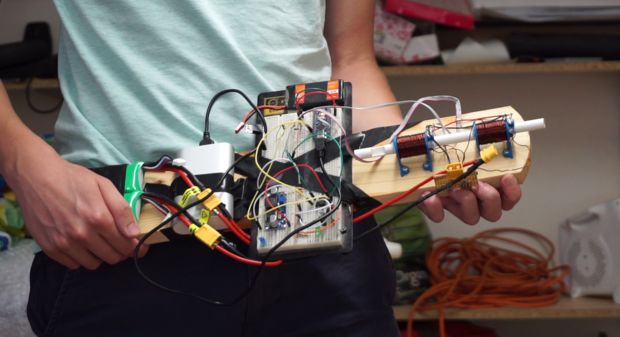 If you suppose that electromagnetically-propelled projectiles are strictly the purview of well-funded government research labs, think again! Using two sets of coils wrapped around custom 3D-printed base structures and an Arduino Nano for control, YouTuber “Gyro” created his own coilgun capable of propelling steel fast enough to dent a piece of wood.

When fired, a photodiode at the end of each electromagnet coil sends a signal to the Arduino. This, in turn, shuts off the coil, allowing it freely escape the barrel. 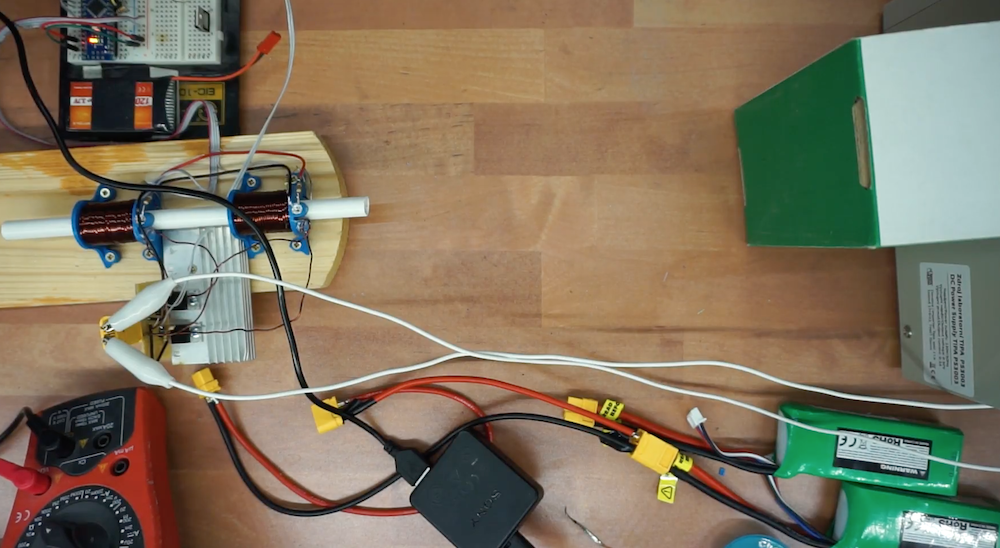 As noted in his Instructables write-up, the gun is constructed without large capacitors, which can be expensive and dangerous. Instead, two LiPo battery packs are combined to produce around 22 volts, though this and the number of coils used, could be increased to produce a more powerful device!