An Arduino-based doorbell/messaging system for your lab

Hack an old typewriter with Arduino for digital input 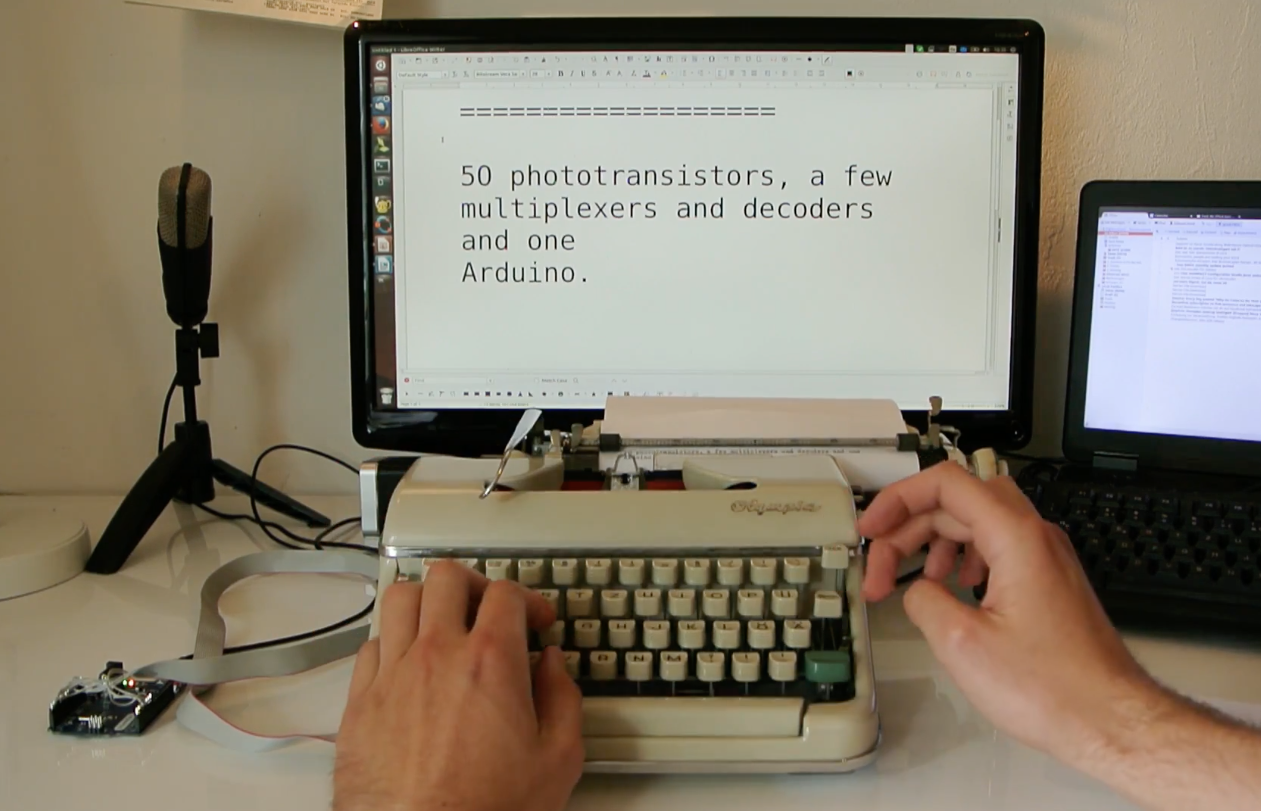 Mechanical typewriters are, for the most part, a thing of the past. Though the tactile feedback of these machines is interesting, as is the ability to directly mark on a piece of paper, they lack the important ability to input instructions into a modern computer. Konstantin Schauwecker, not satisfied with this analog-only output, decided to retrofit a German Olympia Monica typewriter as a unique digital user input device.

To accomplish this, he created a PCB with phototransistors that sense when the linkages for each key are pushed down. The result is a keyboard that functions perfectly well as a manual typewriter, and pushes this data to a computer using an Arduino Leonardo.

I modified a vintage type writer to function as a USB keyboard using an Arduino and 50 phototransistors. The typewriter is a German Olympia Monica that I bought at a local flea market. For this project I created a simple PCB that carries the phototransistors and several multiplexers and decoders. The PCB is connected to the Arduino through a ribbon cable. I used an Arduino Leonardo, which can function as a USB input device.

Check out Schauwecker’s write-up for more info on this clever build.