An interactive LED floor to get the dance party started

Build a motorized gimbal on a budget with Arduino 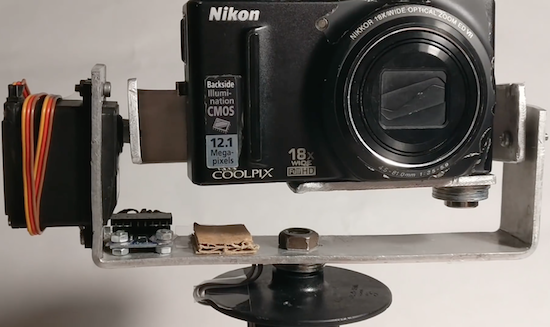 Tadej Strah, a freshman at Gimnazija Vic in Slovenia, made a motorized gimbal using only $60 worth of parts.

After joining a photo and film club at his university, Strah was inspired by a member with cerebral palsy to build an inexpensive gimbal to keep a small camera level. His project uses an MPU-6050 sensor to detect motion, and an Arduino Mega to process this data and control the device’s two servos. The setup includes a handle from an angle grinder, while the servos are mounted on bent pieces of metal, helping keep the cost down.

Strah believes that with a few upgrades, such as a smaller battery, Bluetooth connectivity, and a 3D-printed frame, it should be able to provide many of the features of those available for $500 or more. Hopefully we’ll see this design become even better in the future!

Until then, you can follow along with Strah’s progress, and perhaps another iteration of his gimbal, on his YouTube channel.