oCat is a real-time tracker for popular cat videos

Burn EPROMs with an Arduino Mega

The Synth Bike is a mobile music machine 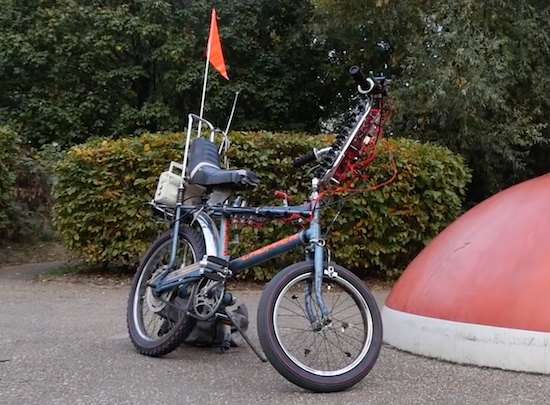 With a speaker on the back and a drum machine on the front, what can possibly go wrong?

After riding his bike home after a synthesizer get together, Sam Battle decided to actually combine these two pursuits, transforming an iconic 1973 Raleigh Chopper into a mobile synthesizer. Though his first try was rather crude, using an Oyster card stuck between spokes to trigger a switch, his aptly named “Synth Bike 2.0” looks pretty awesome.

Featuring eight–yes eight–Arduino Nano boards, the music’s tempo can be controlled by how fast you pedal, or set up to use a built-in clock. Other electronics include a Sparkfun WAV Trigger, some analog synth circuitry, a sampler, a digital oscillator, and a Music From Outer Space Echo module. 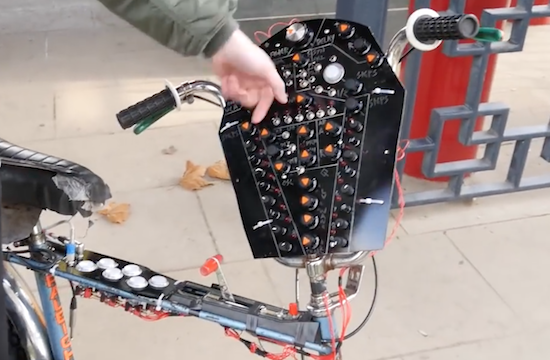 Plenty of switches, dials, pads and knobs can be found on a control box mounted to the handlebars, while more pads are located on the bike’s top tube.

As awesome as it looks, all of this electronic gear seems to suck a lot of power, and it can only play for around 10 minutes at a stretch. A battery upgrade, however, is reportedly imminent!

One Response to “The Synth Bike is a mobile music machine”