A touchless MIDI controller for your electric guitar

Square Off is a chess board with a high-tech twist 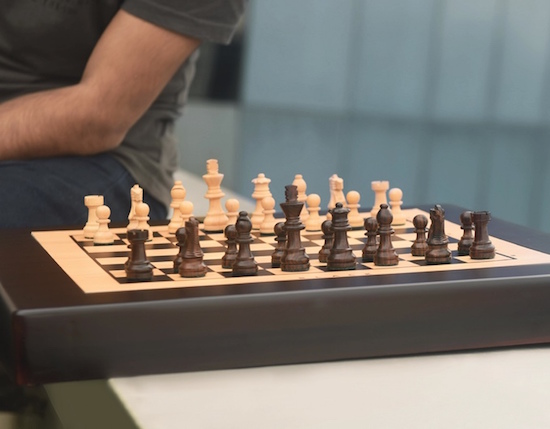 If you love chess, but aren’t thrilled about playing it on an app, the InfiVention team has just the board for you.

The origin of the game chess is a fascinating and somewhat unknown tale, stretching continents and many hundreds of years. In the last 25 or so years, however, it has gone from a game played on a beautiful board with finely crafted pieces, to something played on a computer or smartphone. Perhaps this is a good thing, since finding competition is as easy as signing into the correct game.

On the other hand, this type of play looses a lot of charm, and you can’t exactly pass the app on your beat up smartphone to your kids one day. Attempting to fill in the gap is the amazing automated board called “Square Off.” With an Arduino Mega 2560 at its core, it automatically moves the pieces, and detects where you move, allowing you to play in the real world with someone remotely–even if he or she is merely using a tablet! 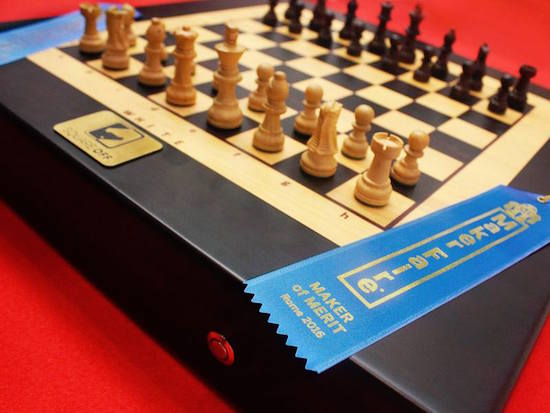 Square Off is all set to redefine the world of board games, starting with chess. Bringing to you the world’s smartest, most connected and the most evolved chess board. It enables you to play your favorite game against a fellow chess enthusiast from anywhere in the world. The automated board is designed to reflect the move of your opponent with precision. Not just that, you can challenge the artificial intelligence of the board, too.

Intrigued? You can learn more about Square Off on its nearly-funded (as of this writing) Kickstarter page, as well as on the Arduino Project Hub!