Keep your cat entertained with an automated laser tower 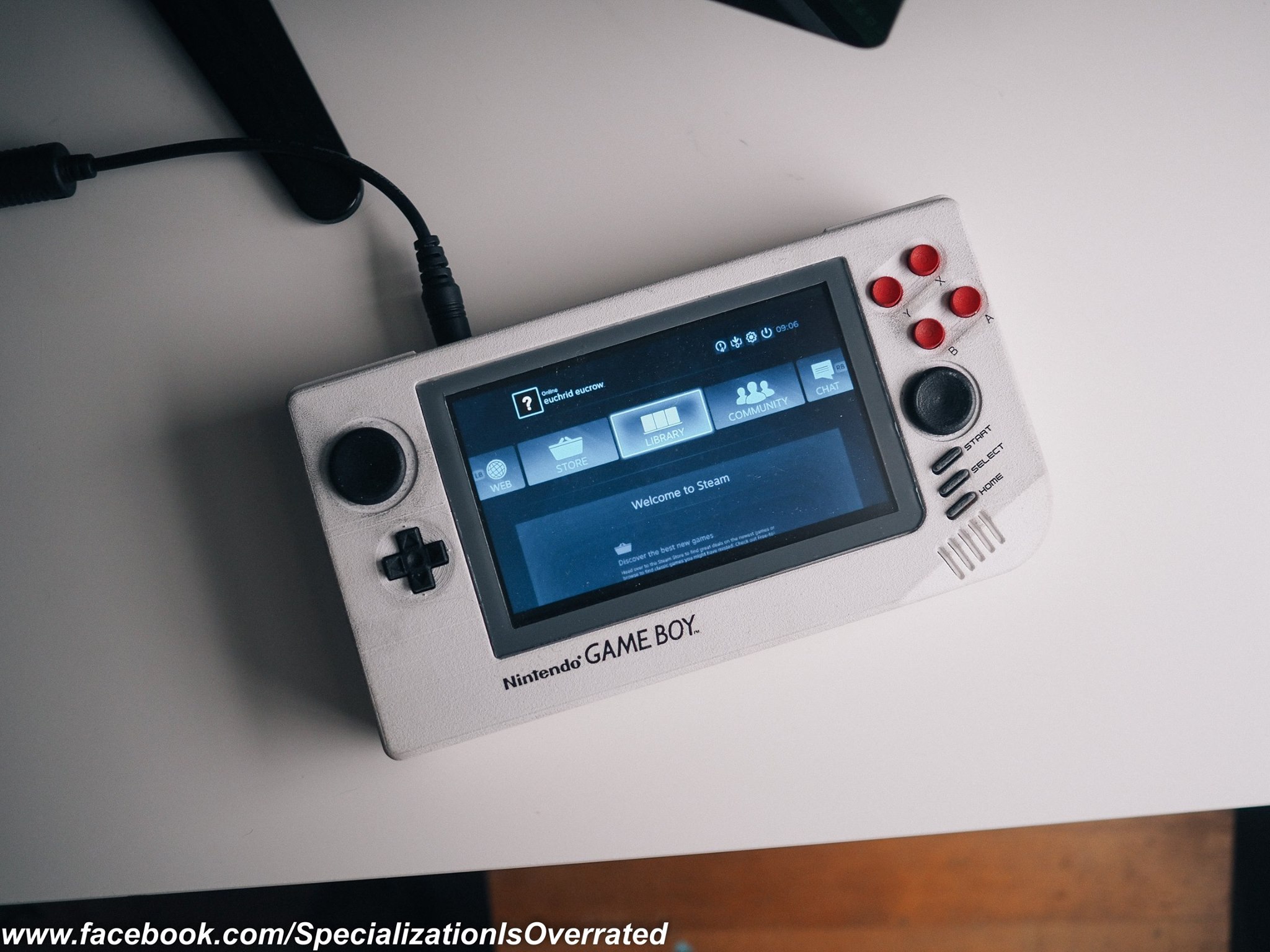 As reported on 3DPrint.com, Campusano’s Game Boy-inspired prototype was quite the crowd-pleaser at World Maker Faire in New York. Although wider than it is tall (like most portables to follow), and with many more buttons, this handheld console still screams “original Game Boy.” Perhaps this is because of its color scheme, or even the angle of the buttons.

Hardware consists of several platforms, including an Arduino to handle tasks such as status lights and battery level. The idea was inspired by Florian Renner’s similar concept, though he replaces the ideal of separate game cartridges with an SD card for storage.

I’m a trained architect, though I have industrial designer envy. In terms of electronics, I’m self-taught. When it comes to machine specs, the handheld is based on an Intel Core M. Controls are Teensy-based, and the status lights and battery level, etc. are run from an Arduino. Estimated battery life is about 3hrs +/- depending on the game.

You can see more photos of Campusano’s project on his Facebook page, and read all about it on 3DPrint.com.