ESLOV is the amazing new IoT invention kit from Arduino 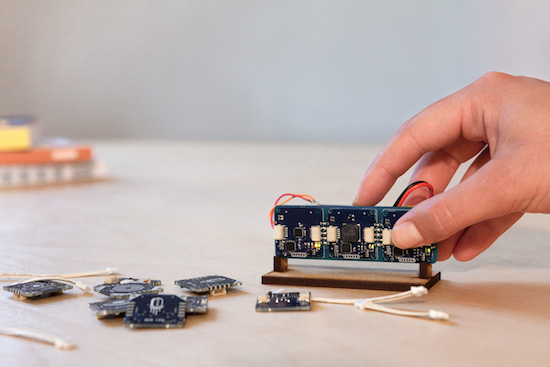 For years, the open-source philosophy of Arduino has been the inspiration to robots, drones, medical and space research, interactive art, musical instruments, 3D printers, and so much more. Now, Arduino is on a mission to radically simplify the way you build smart devices. Introducing ESLOV, a revolutionary plug-and-play IoT invention kit.

ESLOV consists of intelligent modules that join together to create projects in minutes with no prior hardware or programming knowledge necessary. Just connect the modules using cables or mounting them on the back of our WiFi and motion hub. When done, plug the hub into your PC. 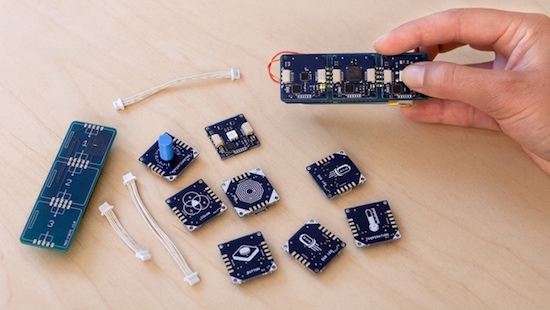 ESLOV’s visual code editor automatically recognizes each module, displaying them on your screen. Draw the connections between the modules on the editor, and watch your project come to life. From there, publish your device to the Arduino Cloud and interact with it remotely from anywhere (including your phone). The Arduino Cloud’s user-friendly interface simplifies complex interactions with sliders, buttons, value fields, and more.

The ESLOV modules and hub can also be programmed with the wildly popular Arduino Editor — you can use either the online editor or the desktop-based IDE. With the provided libraries, you can customize the behavior of the existing modules, enhance the hub’s functionalities, as well as modify the protocols of both the hub and the modules.

With a total of 25 modules — buttons, LEDs, air quality sensors, microphones, servos, and several others — the possibilities are endless. Sample applications include everything from a monitor that lets you know if your baby is safe, to a washing machine notifier that tells you when your laundry is finished, to a thermostat that you can adjust while out of the house.

In line with the core values of the Arduino community, ESLOV’s hardware and software are open-source, enabling you to produce your own modules. Additionally, Arduino will welcome third-party modules from partners and other certified programs.

To accelerate its development in the open-source spirit, ESLOV — which began as part of a three-year EU-funded PELARS project — is now live on Kickstarter and needs your support.

The toolkit is offered in a variety of sizes, depending on the number of modules. Prices range from ~$55 USD to ~$499 USD, with multipacks and other opportunities available as well. Delivery is expected to get underway in June 2017.

In terms of hardware, the main hub is currently equipped with a Microchip SAM D21 ARM Cortex-M0+ MCU at 48MHz and built-in WiFi (just like the MKR1000). Each of the modules are small (2.5 x 2.5cm), low-power (3.3V), single-purpose boards featuring the same processor found at the heart of the Arduino/Genuino UNO: Microchip’s ATmega328P. 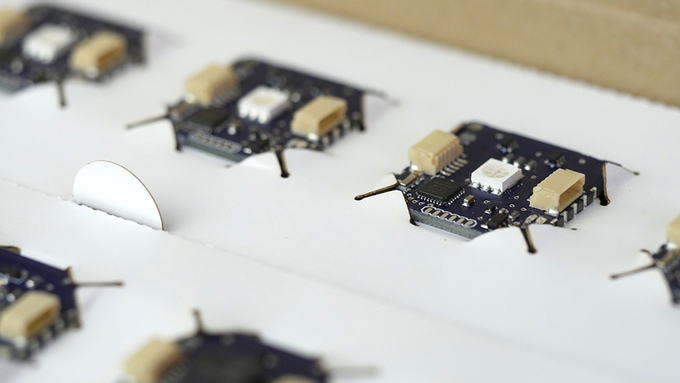 The modules can be reprogrammed via I2C bus or with an external programmer. ESLOV’s hardware includes firmware from our factory, dedicated to the specific function of each module.

The ESLOV connector has five pins (one more than standard I2C) for automatically configuring the module and handling the sleeping states to boost battery life. Tests can be performed on your computer via USB. The modules’ firmware and the hub’s software can be updated both using the USB cable and over-the-air (OTA). 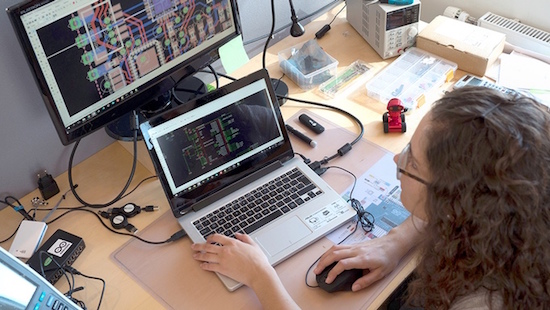 Those heading to World Maker Faire in New York on October 1st-2nd can learn more about the kit inside the Microchip booth in Zone 3, as well as during Massimo Banzi’s “State of Arduino” presentation on Saturday at 1:30pm in the New York Hall of Science Auditorium.

Want to learn more or back ESLOV for yourself? Check out its Kickstarter page!