Build your own robotic vacuum from scratch

HAL 9000 reimagined as a useless machine

An Arduino VU meter for classrooms 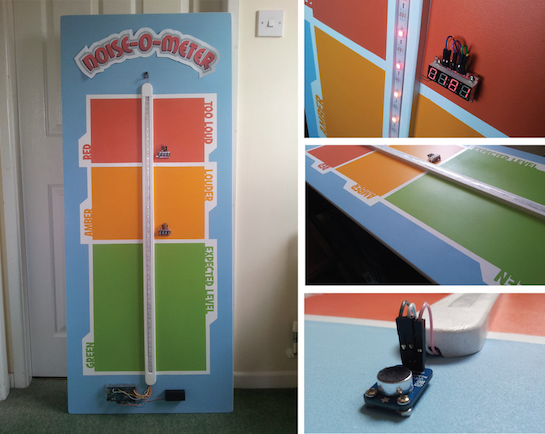 With his beautifully-colored classroom “noise-o-meter,” Mr. Jones knows when things are getting out of hand.

When you were in school (or if you are in school) the teacher likely told the class to be quiet, perhaps repeating him or herself over an over during the day. The teacher, however, likely never really defined what is good and bad. Mr. Jones has finally solved this issue by creating a classroom “noise-o-meter” using an Arduino, an electret microphone, and a programmable LED strip. In order (apparently) too keep the class in line, noise is simply marked as green for “expected,” amber for “louder,” and “red” for too loud which corresponds nicely with more “traditional” VU meters.

I built this a short while ago as an idea to use in a primary classroom setting. Poster displays are often used by primary teachers wanting to control the noise levels in their classrooms but I wanted to add technology to make it dynamic and responsive. The motivation for this came after seeing the Adafruit Digital NeoPixel LED Strip online and realizing its potential as part of a VU meter.

Are you a teacher and want to build one for yourself? You can check out Mr. Jones’ Instructables page or his own website in a different format.

One Response to “An Arduino VU meter for classrooms”