Talk to the (animatronic) hand!

Genuino handbag will deter you from impulse buying

This installation creates a digital orchestra of swamp sounds 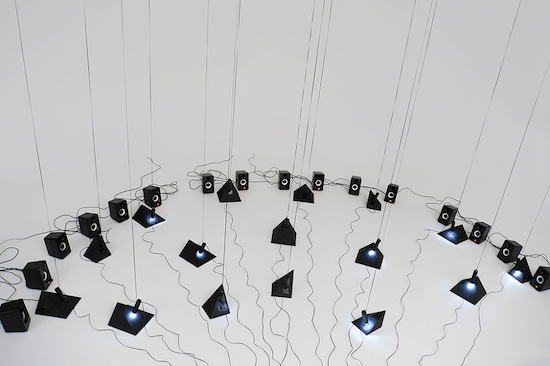 Developed by media artist Bojana Petkovic, Swamp Orchestra is an interactive sound installation that mimics the natural chorus of swamp creatures. The project is comprised of 16 light-sensitive sound modules, with each one producing noises from insects, frogs, amphibians, birds and other organisms. Each module responds to a flashlight, and the sound varies based on the amount of the light.

Swamp orchestra seemingly functions as sound sculpture which in a subtle way changes the ambience and acoustic experience of the space but also has a substantial presence as a work of physical sculpture. The set up itself reflects the layout of a concert hall stage on a much smaller scale. The pyramid shape has been carefully chosen for its symbolism as well as modularity where three or five pyramids form the cube. 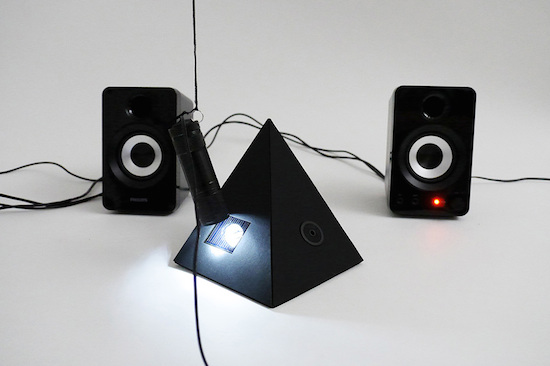 Petkovic says Swamp Orchestra is an example of the complex, multi-layered interplay between nature and machine, human intervention and artifice. The installation’s programming and electronics, according to her, are excellent examples of this.

Each light that shines above the modules represents a “personal conductor,” an oscillator controlled by an Arduino. This enables endless variations of composing the peace but also allows the participant to slow down and notice the subtleties of the composition.