Turn your printer into a MOCO slider with Arduino

GitHub user Sanni has created a Nintendo cartridge and save game reader shield for the Arduino Mega.

The ROM gets saved to an SD card. You can also read/write save files to the SRAM, display information about the cartridge on a 0.96″ 128X64 OLED LCD, and calculate the checksum of your ROM dump. You control it using the push button–one click moves the selection down, a double-click moves it up, and a long press executes the current menu option. 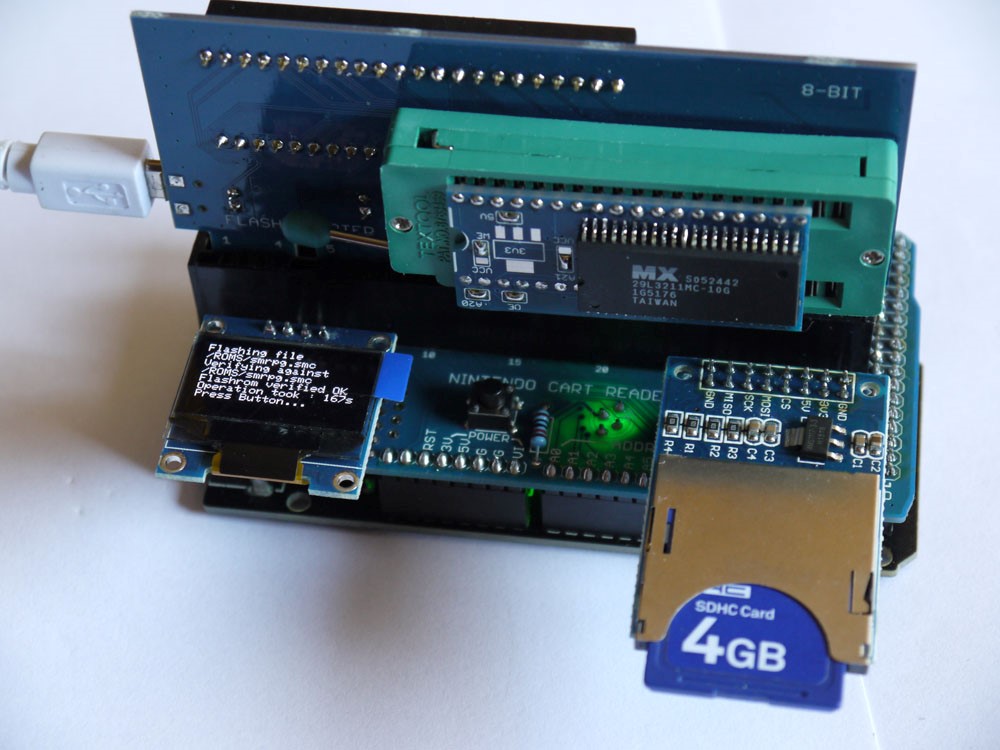 As the Maker explains, this shield: