Dtto is a self-reconfigurable modular robot

A DIY digital Arduino clock designed for and by teachers 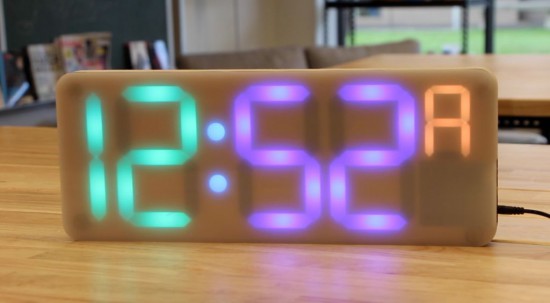 Project-based lessons are a great way to introduce students to the world of electronics. Clearly Jenna Debois agrees, as she has built a DIY classroom clock based on an Arduino Nano. What’s even cooler is that it’s optimized for teachers!

The device is made using laser-cut wood pieces, NeoPixels, a real-time clock module, and packs plenty of customizable features like:

Debois not only created a step-by-step guide, but also shared all the documentation on GitHub and a detailed video of the build process.