Increasing citizen’s responses to the haze with Arduino Uno 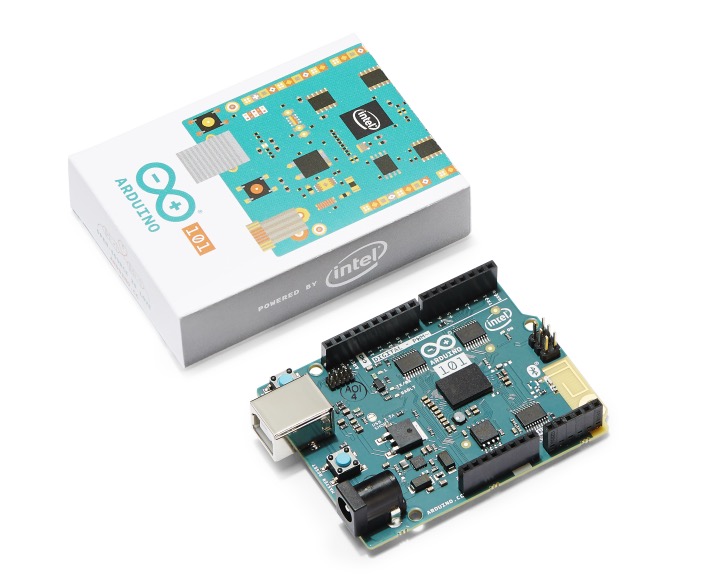 We collaborated with Intel to provide the maker community an affordable learning and development board ideal for entry-level makers and education environments and also the first widely available development board based on the tiny, low-power Intel Curie  module.

“Empowering budding entrepreneurs and young students has always been a priority for Intel, and by partnering with Arduino, we are bringing the power of Intel to a new generation of makers. With the advanced features of the Intel Curie module embodied in the Arduino 101 board, young learners as well as developers can now bring to life truly unique, smart and connected creations.”

“We worked closely with Intel on the development of this board and are expanding our educational courseware to incorporate the connectivity and advanced features expected by today’s student developers. Through our work with Intel, we’re able to reach a global community of entry-level makers and students with a comprehensive introduction to physical computing and now with a more advanced, powerful technology solution that will help them bring their creative visions to reality.”

Arduino 101 will be available in the first quarter of 2016 for a suggested retail price of US$30 (approximately 27 euros). The Intel-manufactured board will be sold under the Arduino 101 brand in the United States and under the Genuino 101 brand outside the United States. It will be also available through catalog distributors and retailers selling other Intel maker and innovator products such as Amazon, Conrad Electronic, Farnell Element 14, Microcenter, Mouser, Radio Shack, RS Components and SparkFun.

In the meanwhile Arduino 101 will be incorporated into the Creative Technologies in the Classroom (CTC) physical computing curriculum developed and tested by our team and currently deployed in over 300 schools. CTC is the world’s first formal physical computing curriculum for elementary and secondary school classrooms and provides educators with the tools, support and confidence needed to introduce their students to the foundations of programming, electronics and mechanics.

Intel will work closely with us to bring the CTC program to schools across the globe in coming years. As it is introduced to classrooms, Arduino 101 will nurture the next generation of technology industry professionals, entrepreneurs and inventors!