A tribute to 5-bit Baudot code 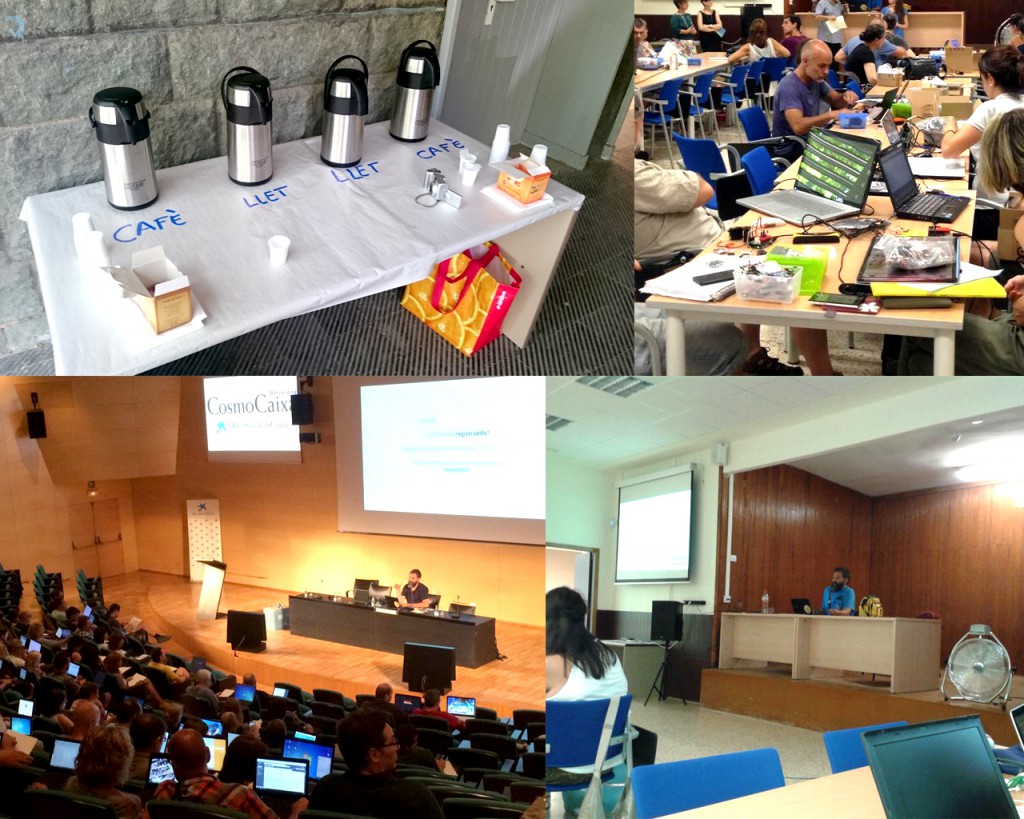 Arduino Verkstad has just started CTC* Catalunya 2015 in Barcelona with David Cuartielles preparing a group of 200 teachers that will be teaching CTC to students in Cataluña next September. A technology fair will be hosted at the end of the program and we are expecting more than 2500 people to attend.

Thanks to the Departament d’Ensenyament of the Generalitat de Catalunya and our partner eduCaixa Obra Social “La Caixa” who is also involved with launching CTC for 75 schools in Andalusia in the fall. Stay tuned with Arduino Verkstad blog for news on CTC Andalucía.

Last year’s show included over 240 projects, which means we’ll probably have twice as many for this year’s show. This is the second edition of the program and it will reach 103 schools; we expect about 2.500 students to be involved in the project and the final fair will be at CosmoCaixa Museum in Barcelona on February 6th, 2016. Since the numbers promise a lot and the amount of people participating might be big, we will need the whole temporary exhibition space at the museum to be booked for the fair!

Click here for a press article on the teachers’ training in Barcelona. (in Catalan).

The news was originally posted on the Arduino Verkstad Blog.